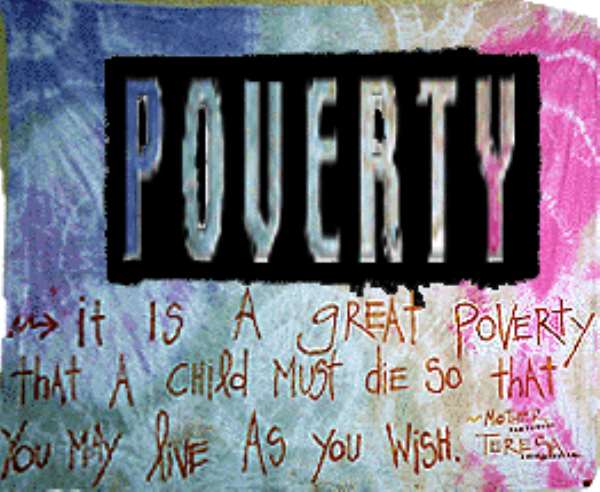 Accra, May 26, GNA - Mr Evans Paul Aidoo, MP for Sefwi-Wiawso, on Thursday said the Western Region had never felt neglected, deceived and oppressed as in the last four years and demanded a fair share of the proceeds from the cocoa industry to develop the Region. He said, "the Western Region produces the highest quantity of cocoa in the whole country as well as other economic resources such as timber and minerals, however, it is regrettable that these massive contribution to the nation's earnings is not marched in return through investment and social development". Mr Aidoo said these on the floor of the House in a statement on the plight of the people especially cocoa farmers in the Sefwi-Wiawso constituency. "The people of my constituency are ill-served, but in spite of this they have over the years remained patient hoping that Government will realise this act of injustice and correct it.

"This has not been the case especially during the last four years." He said his constituents were fed up with claims by the Government to "liberal democracy, rule of law, respect for human rights and social justice" when they knew that the Government had denied them those very rights and also failed to fulfil its promises.

"We now have the worse feeder roads and no telephone network, thus making communication and travelling extremely difficult.

"Mr Speaker, since the Government is preaching free enterprise economy, I will suggest that cocoa farmers are allowed to take their produce to the free market where prices are determined by the principle of demand and supply.

"Why is it that the Government, who claims to be a champion of free enterprise economy still determines the price of cocoa when cocoa farms are owned by the farmers, they work in them with their own labour, blood and sweat, pain and sometimes tears.

"Surely that cannot be deemed as good practice in the arena of the free market. If my opinion is correct then this situation is tantamount to pure slavery," he said.

He said unless the "political system" could offer some prospects, especially to the hard working cocoa farmer by way of social and economic investment they would find other means of expressing their frustrations, which would lead to low cocoa production.

Captain Nkrabea Effa Dartey (Rtd), NPP-Berekum, said cocoa farmers had been neglected for a long time and it was about time their needs were taken care of.

He said most children of cocoa farmers did not benefit from COCOBOD Scholarship Scheme but rather children of "Big Men" enjoyed the facility to the detriment of the cocoa farmer.

Capt. Effa Dartey said it was the responsibility of the District Assemblies to take care of their farmers and called on the Government to strengthen the Local and District Councils to play the role expected of them.

Mr Osei-Kyei-Mensah Bonsu, the Majority Chief Whip and NPP MP for Suame, said the Government was expanding the cocoa processing companies at Tema to enable them to process about 40 per cent of cocoa produced in the country.

He, however, lamented the plight of the cocoa farmers, who carry their produce over a distance of about 10 kilometres to cocoa purchasing points.

Mr. Lee Ocran, NDC-Jomoro, said a cocoa processing company should rather be sited in the cocoa producing area to create jobs for the people within that area.

He decried the neglect of the Western Region, saying: "People say that the best comes from the West but in our case it is the worst coming from the West."

Mr Joseph Aidooh, Western Regional Minister and NPP MP for Amenfi East, said until the NPP came into power in 2001 there was no single feeder road tarred in the Region and that the situation only started improving with the present regime.

He said most of the neglect his colleague referred to, occurred during the era of the previous government but "the NPP government is reversing the situation by making the place accessible as well as improving the infrastructure development of the area and the well-being of cocoa farmers".