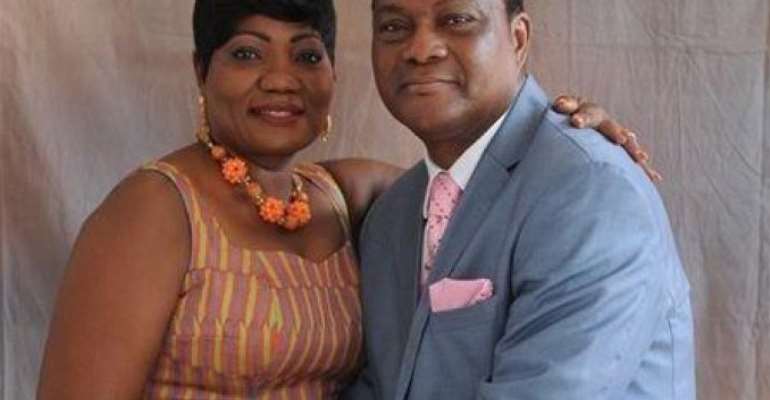 I was really planning to caption this article: “Open Letter from Judas Iscariot to Bishop Opana,” based on an email I received from one of my discerning readers in somewhere Nigeria. Koo Nimo, kindly spare yourself from a breathless curiosity as I disclose the details of the message from my cherish reader!  Before that happens, let me talk about the current heading.

“Speaking during a 30-day prayer and fasting event at Cedar Mountain Chapel Assemblies of God Church, East Legon, Rev. Sam KorankyeAnkrah pronounced no youth will go past 33 years in the town (DenkyiraObuasi),the age of MajorMahama when he was murdered in cold blood” (Source: peacefmonline.com, July 5, 2017).

If Socrates of classical Greece fame in spite of his lofty philosophical erudition was accused of corrupting the minds of the people and had to face execution eventually, I could imagine what would have happened to some of the modern preachers in Ghana if they were to live in that era or inquisition period.

Pastors and churches are agents and agencies of socialization respectively. Pastors’ proclivity to peddle lies in the podium extirpate the image of the living God into an abyss of decomposition. And they will blasphemously and arrogantly coerce their followers to defend their lies and stop criticizing them so as to avert the wrath of God. Perhaps, they want to offer God of Israel a semblance of African politician and insinuate that God defends liars because they call themselves bishops, pastors, prophets and the numerous titles go on and on.Some pastors always knew with perfect certainties that what they told the innocent church members were nothing but lies but the lies continue to go on ad infinitum. To be frank, I personally have no fondness for preachers who punctuate their sermons with naked lies.

Any pastor who stands in the podium is believed to be assisted by the Holy Spirit and lies in the pulpit are egregiously inimical to the spirit of the living God. The story of Ananias and Sapphira unfolded in Acts of the Apostle chapter 5 must goad pastors from their veritable podium deception. For the sake of 10 righteous people and courtesy an adept plea of Abraham, Elohim did not destroy the entire inhabitants of Sodom and Gomorrah on the grounds of unnatural carnal knowledge (Genesis 18:32). With all due respect, Rev.Mr. Sam KorankyeAnkrah, I suggest to you to leave God of Israel out of this DenkyiraObuasi prophesy, for you spoke from your intuition.

The whole of DenkyiraObuasi residents cannot not be guilty of the gory murder of Major Maxwell Mahama. The intelligent and omnipresent God knows this! Uncle SamAnkrah, you did not hear “foko”! Enough of religious gibberish and hocus pocus in Ghana. Residents of DenkyiraObuasi rather need psychological and sociological interventions for the amelioration, if not the arrest of phenomenological and existential aspects of their social isolation. If we do not stop this divine, divine mantra in Africa, confronting the challenges of the 21st century will be a snipe hunt. Africans must at timeslive above metaphysical nonsense and embrace positivism.

Martin from Ondo state in Nigeria was enthused by my article entitled: “Witchcraft Accusation and Pastoral Training” published on modernghana.com on June 24, 2017. He sent a congratulatory email and also shared an amazing dream with Judas Iscariot with me. He accepted my request to publish an article about the dream.In the dream, Martin was walking in a desolate landscape lonely! He saw a group of famous bishops from Africa! He resolved to go there and interact with them! Then he met a man on his way who claimed to be Judas Iscariot! Judas Iscariot told him to avoid interacting with those people and that he (Judas) was on his way for an appeal from God’s court. Judas as usual sounded insufferably agitated and livid wanted God to pardon him because of the conducts of the latter day Pharisees masquerading as bishops, pastors, prophets on the continent of Africa.

Judas lamented over his continuous stay in hell. I only betrayed Jesus for 30 pieces of silver and repented after that so God ought to have mercy on me! Today, those bishops standing there are not only remorselessly betraying Jesus with material things, but equally looting from the down trodden. Dear Martin, how I wish the impartial God will not quash the plea of Judas and save other African souls from the clutches of modern African religious Jacobinists. Black Africans are under a serious religious colonization.

In his work entitled: “A contribution to the critique of Hegel’s philosophy of rights,” published in 1844, Karl Max opined that religion is the opium of the masses. In the view of Max, the greedy capitalists travel on the wheels of religion to prevent labor unrest and to defend their injustices. The bourgeoisies (capitalist class) admonish the working class conceptualized as proletariat to eschew this material world and prepare for unadulterated everlasting happiness in the life-here-after while they (Capitalist) busily appropriate for themselves material benefits in this world through proceeds from their factories. Today, church members in Africa are motivated to pay more for God’s blessings, must leave their works to be in church always and shout for long hours (African definition of serving God)!

A young lady commented: “God I always worship you but things are still difficult.” I told her not to question God because God cannot be wrong. The problem is gross mis-education onscriptures espoused by some pastors. The writings of Max Weber in 1905, caused industrial revolution in Europe.  Believers were encouraged to see every job they did as a divine call. Thus, nurses, teachers, engineers, medical doctors, drivers, farmers and politicians are all serving God in diverse capacities. It is weird and phony to think that those serving God are those seen in church.

Government must begin to censor sermons and prophesies that promote laziness, fear and stereotyping in society. Bible is a very difficult book and those who have not been taught do not understand it. Uncle Sam KorankyeAnkrah, how can this statement be a voice of God? There are teachers, health workers, police officers, women, children and pastors in DenkyiraObuasi and all of them definitely did not take part in the killing of the army officer!God of the poor I have read and experienced will not curse all of them.