Hotel Kufuor: JAK has no hand in it -Agyepong

By The Castle
General News 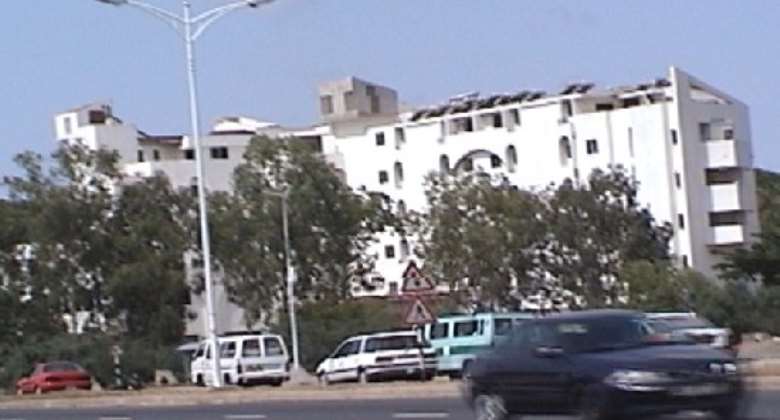 ....JoyFM's Interview with Gizelle Yajzi & Kwabena Agyepong Mr. Kwabena Agyei Agyepong, Press Secretary to the President and Presidential Spokesman has stated categorically that, President Kufuor has no hand nor played any role in the acquisition of the multi-million dollar hotel located near the President's private residence in Accra. He emphasised that, the hotel is purely a private initiative between the President's son, Mr. John Addo Kufuor and his partners and a consortium of banks. Mr. Agyepong made this submissions in rounds of exclusive interviews on some radio stations in Accra, including Joy FM, Radio Gold, Happy FM, Adom and Peace FM. Mr. Agyepong conceded that, on moral grounds, people are justified to raise questions on how the first son acquired the property. But he reiterated that so long as red flags had not been raised by any of the parties involved nor arm twisting resorted to in the whole transaction its legitimacy is intact. "The President's son is a private business man, he is not a member of the government neither did he influence the transaction with his father's authority nor used state funds to finance his business. He therefore is not wrong to acquire property," he affirmed. On the question whether the President advised his son, Mr. Addo Kufuor to purchase the Hotel because it poses security threat, Mr. Agyepong stated, no directive came from the National Security Council to that effect and the Hotel in question did not in anyway pose any security threat to the President.He forcefully debunked accusations that the President bought the Hotel and registered it in his son's name. He added that the accusations are part of a grand design aimed at throwing dust into people's eyes and painting the government black.

''The President is unwavering in his resolve to move our country forward,'' he concluded.<