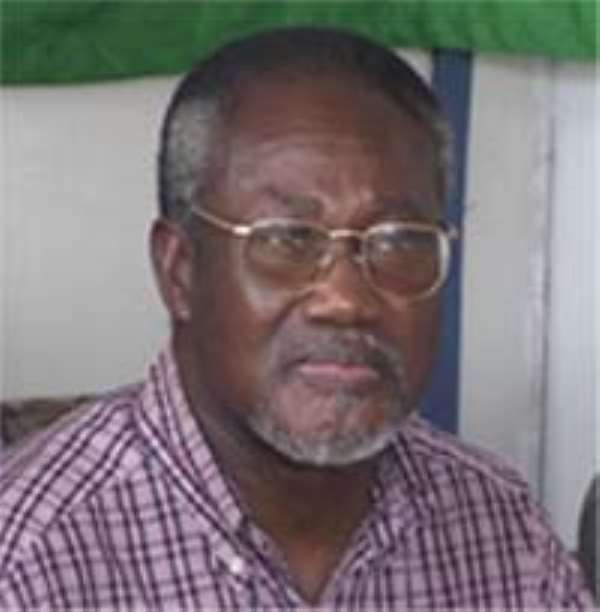 PIECES OF information available to The Chronicle indicate that the main opposition party, the National Democratic Congress (NDC), is caught up in a chess-like game as plans to unseat the National Chairman, Dr. Obed Yao Asamoah, are not seeing the light of day.

The potential candidates penciled to give the current chairman a run for his money, should he declare his intention to seek reelection, have openly rejected the offer, saying the chairman is a force to reckon with, in spite of his shortcomings.

The Chronicle can report on authority that Mr. Owusu-Acheampong is currently in limbo, contemplating whether to wear the shoes of Mr. Collins Dauda, the Brong Ahafo regional chairman, now MP, or to allow Mr. Johnson Asiedu Nketia, a.k.a “General Mosquito”, ex-MP for Wenchi West, to go for the post.

Our latest information suggests that, Owusu-Acheampong, who was tipped among the names that popped up earlier, but declined the request of the supporters of the party, has now decided to lace his shoes for the race if the current chairman decided to relinquish his position.

Indications point to the fact that, Owusu-Acheampong who was the former Brong Ahafo Regional Secretary of the Provisional National Defence Council (PNDC), is ranked the best to succeed the current chairman, who has been accused of doing little for the party.

Mr. Owusu-Acheampong withdrew from the race in the NDC's last congress at the last minute, to give way to the current chairman and Alhaji Mahama Idrissu.

Another NDC guru, Prof. Awoonor, who is currently concentrating on a book, refused to be the chairman and has stated that in any case, he might vie for a vice position, instead of the chairmanship.

Obed who is placing his cards on his chest and has on several occasions kept his silence on the race, is causing a stir within the party and refused to share his intention when the paper reached him on phone. “Allow them to do their things and at the appointed time, we shall do what is necessary.”

Party insiders hinted that, Mr. Asiedu Nketia, a.k.a “General Mosquito”, the former Member of Parliament for Wenchi West is also tipped to succeed Mr. Collins Dauda as pressure gains on Owusu-Acheampong to vie for the chairmanship, should Obed fail to vie.

“General Mosquito” in a telephone interview said, he was not certain on the roles that he would want to play in the party, saying he was yet to decide on whether to vie for any of the national positions or take the Brong Ahafo, since he hails from the region.

Prof. Awoonor said it was premature for wrangling for the positions to take place since the party is seriously organizing branch elections, which is the prime focus of the party for now.

Party officials have decided to stay mum on the wrangling in the party, saying frantic efforts have been put in place to avert any eventuality should the saga escalate.

This paper has gathered also that Mr. Sylvester Mensah, former Member of Parliament for La Dadekotopon, Mr. Kwamena Ahwoi, the former Minister of Rural and Local Government, and Mr. Bede Zedieng, the Acting General Secretary, are getting ready to battle for the embattled Dr. Josiah Nii Armah Aryeh's position.

The Chronicle can report that it is a pressure group in the NDC that is demanding that Mr. Ahwoi vies for the position, due to what they termed as 'his rich experience and consistency on issues among others.'

The Acting Secretary has refused also to disclose his intention and said, “We shall cross the bridge when we reach there.”

Further investigations revealed that Mr. Elvis Afriyie-Ankrah who was trumpeted among those bracing up for the national youth organizer of the party, has no interest in the position. This paper learnt that he wanted to be a member of the National Executive Committee, to deploy his rich experiences and champion the cause of the youth, whilst Hon. Haruna Iddrisu, the MP for Tamale South, was tipped to continue with his role if the constitution of the party is not amended.

“I have not decided to vie for any position in the party. My vision is to be a member of the NEC and use my expertise to champion the cause of the youth, for the better future of our great party, which is the winning party in the next elections,” he told this paper.

Insiders indicated that if Hon. Haruna decided not to contest, then the baton should be handed over to any of his deputies, especially, Mr. Ludwig Hlordze who doubles as the personal assistant to Pro. John Evans Atta Mills.

Again, this paper has learnt that the former Member for Gomoa West, Mrs Ama Benyiwa-Doe is unanimously acclaimed as the National Women's Organizer, to replace Ms. Frances Assiam, the incumbent.

Nii Lante Vanderpuye, the press secretary of the immediate past presidential NDC candidate, who became well-known in the public arena, when he declared his intention to contest in the Odododiodio constituency as MP, was said to have shown interest in the Deputy General Secretary position.

Opinion sampling among party members indicates that Mr. Baba Jamal, the Deputy General Secretary in charge of operations, has been tipped to maintain his position but he would not be specific: “I will definitely contest in one of the national positions but I have not decided yet. We are currently concentrating on branch organizations. I would contest but not the general secretary position,” he said.

Mr. Hlordze, whose name is flying among others, was also very cagey, and would not confirm nor deny, giving as a condition, “If my boss Haruna Iddrisu, would not contest, then I would. But if he is in the race, I would give him the full support, because he is good.”

The National Youth Organizer, also the minority spokesperson on communications in parliament, is currently out of the country on parliamentary duties, and therefore unavailable for comments.

Meanwhile, this paper can report that there is growing agitation among party members, as some are advocating for a change in the constitution so that MPs would not be allowed to hold sensitive positions in the party.

According to them, any party official who wants to run on the NDC ticket as MP, might not work effectively for the fortunes of the party, as he or she would want to concentrate on the constituency to the disadvantage of the party as whole.

But another school of thought argues that it would be good if some MPs played significant roles, since they have more experience in the political arena.

For now, this paper can report that it is not certain that the amendment would be possible.