Upsurge of Child Negligence in the Central Region

By GNA Feature by Hilda Abban 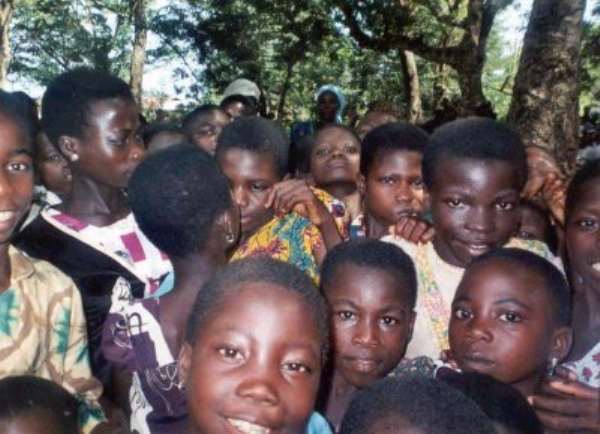 Cape Coast May 19, GNA- Due to their matrilineal system of inheritance, some Fantes make what could be best termed an erroneous statement that, "when a child grows up and prospers as an adult, it is his/her maternal family which benefits."

This, perhaps, accounts for the numerous situations where men, particularly along the coastal areas of the Central Region and in typical fishing communities, make little effort to cater for the needs of many children. The results of this are many. Sometimes very unkempt children of various ages, roam the beaches and streets, and in areas like Cape Coast and Elmina, where there are tourist attractions, practically trail and cling onto tourists and harass them for alms. Other social cankers such as teenage pregnancy and child delinquency could also be attributed to parental negligence, since most of such young girls and boys are left to fend for themselves, and to their own devises.

It is saddening that after nearly 50 years of independence, and with various interventions made by successive governments and international agencies to promote the rights of children, some fathers, by the mere dint of a system of inheritance, do not see the importance of educating or caring for their children, to facilitate their effective contribution to national development when they grow up.

One can also speak of the various admonitions and advice given on almost every available platform, drumming up the need for parents to attach importance to, and invest in the education of their children, instead of spending frivolously on social activities like funerals. It is this erroneous perception about this system of inheritance that has resulted in the many unplanned families, within the fishing communities, where the men, are reported to be taking on more wives, as soon as their first or current wives give a hint of their intention to stop having more children. In all cases, the mothers are left to take care of the children, who virtually become social miscreants, when the mothers are not able to take care of them properly.

Such behaviour is definitely a draw back to efforts being made by the government to curb the nation's population growth rate for accelerated socio-economic development.

Officials of the Commission on Human Rights and Administrative Justice (CHRAJ), Department of Social Welfare and the Women and Juvenile Unit (WAJU) as well as health and government officials in the region, have all at one time or the other, expressed concern about the spate of child negligence and the rise in teenage pregnancy, which have rightly, become issues of grave concern.

One must not lose sight of the fact that the nation needs all its available human resource for accelerated development and so the situation where children are being produced and uncared for just to roam about and end up as unproductive adults should be curtailed.

Available statistics from the regional office of the WAJU, indicate that from January to December last year, a total of 1, 031 complaints of child neglect were lodged with the Unit, while 368 of such cases have been reported there just between January and March this year. This is not to mention other cases dealt with by the CHRAJ and Department of Social Welfare.

It is fervently hoped that with the government's determination to promote the education and development of children, through the proposed educational reforms, stringent measures will be put in place to ensure that all parents are made to do the right thing for their children! Some district assemblies have passed or are in the process of passing byelaws to ensure that all children of school going-age in their areas are sent to school, with others in collaboration with the traditional councils, banning children from video houses, funerals and wake keeping.

It is also hoped that loopholes which contribute to recalcitrant parents, particularly fathers, brought before the family tribunals for neglecting their responsibilities, practically being let off, would be blocked.

The statement that children are the future leaders should be made to come to fruition through the concerted effort of all stakeholders. There is the need to intensify public education on the importance of family planning and of education. It is imperative to control the nation's population growth rate if she is to be able to achieve the objectives of the Millennium Development Goals and of NEPAD. May 19 05