It's All Vile Propaganda 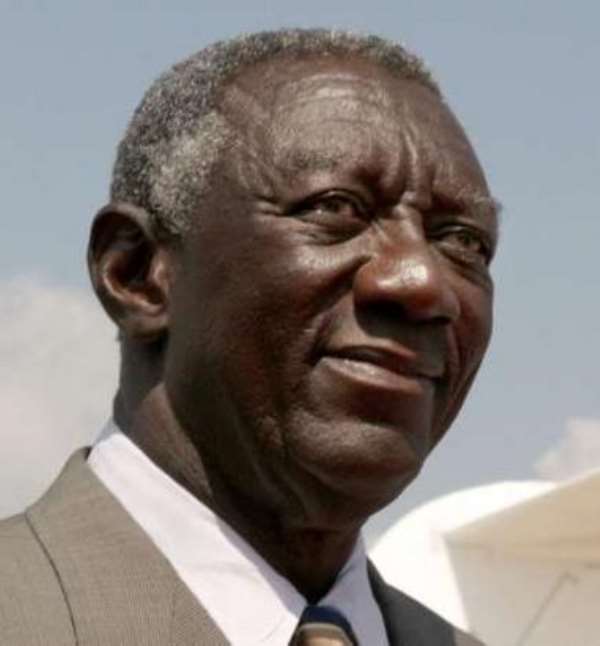 Accra, May 19, Graphic -- The President, Mr J.A. Kufuor, has said allegations of corruption, nepotism, favouritism and cronyism being levelled against his government in the media are vile propaganda, obviously calculated to put breaks in the path of his administration.

He, therefore, asked the military to trust in the competence and purposefulness of his government and continue to contribute their quota to the country's development.

President Kufuor was speaking at an all-ranks durbar of the Ghana Armed Forces (GAF) at the Air Force Base, Burma Camp, in Accra yesterday.

Present at the ceremony were the Defence Minister, Dr Kwame Addo-Kufuor, some Ministers of State, service commanders and heads of departments of the GAF.

He said the people who were making and fanning allegations of corruption, nepotism and favouritism were exploiting even the Internet to spread “ these untruths internationally about the government and its functionaries”.

The President declared, “ As far as governments go, it is no boast that this your government ranks very high in our sub-region and internationally in terms of good governance.”

President Kufuor, however, admitted, “ This is not saying that the government is perfect. But when people make allegations, they should follow with facts and make complaints at the appropriate law agencies.” “That is the test of democracy,” he added.

President Kufuor said government will not “ go wild goose chasing” but would deal with every substantiated allegation.

On nepotism, the President said he was alleged to have filled the government with his relatives and described the allegation as a grave exaggeration, since only two ministers could be said to be his family members.

The two ministers, whose names he gave as Dr Addo Kufuor, his brother, and Mr J. H. Mensah, his brother-in-law, were men of great distinction in their own right.

President Kufuor said the two, who entered politics on their own volition and won their parliamentary seats on merit, were qualified, just like any other politician, to be ministers of state.

The President commended the military for its support and loyalty during his first term of office and appealed to it for its continued loyalty in the performance of its duties, both at home and abroad.

He gave the assurance that the government was taking measures to address problems such as infrastructural development in all garrisons, outstanding terminal benefits, uncompleted living accommodation projects, procurement of new and modern equipment and payment of allowances of the military.

On the long existing problem of outstanding terminal benefits, President Kufuor said the government was on the verge of securing ¢105 billion to be released this year towards funding retirement.

He said the payment of retirement benefits would enable staff due for retirement to be sent off appropriately.

He reminded the soldiers that democracy required of them to give due respect to command structure, professionalism, discipline and humanity in the conduct and discharge of their duties.

Dr Addo-Kufuor said the government would continue to improve the working conditions of the GAF.

The Chief of the Defence Staff, Lt Gen S. K. Obeng, assured the public of the preparedness of the military to defend the country's Constitution and young democracy.

“ We shall not fail this country. We will defend the Constitution and support the young democracy,” he stated.

The Chief of Defence Staff expressed the gratitude of the military to the government for the support it had given to it so far.

According to the delegation, the final funeral rites for the late paramount chief would be held from June 11 to June 13, 2005, at Kenyase.