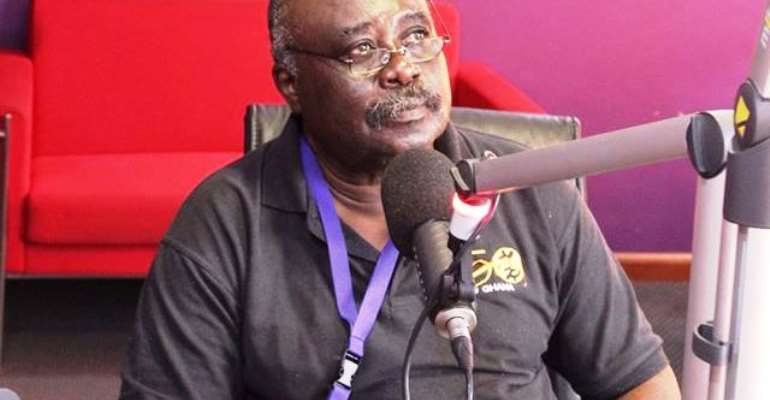 The former boss of the Volta River Authority (VRA) Dr. Charles Wereko-Brobby has chided President Nana Addo Dankwa Akufo-Addo for surrendering to an emotional media coverage of the death of Major Maxwell Mahama.

According to Dr. Wereko-Brobby, the media coverage coerced the President to honor Mr. Mahama while neglecting other officers who died in similar circumstances.

The suspended NPP member also slammed the media describing it as unprofessional and irresponsible the manner in which it whipped up emotions of Ghanaians on the lynching of Major Mahama.

Dr. Wereko-Brobby who is leading a campaign for the state to give due recognition and attention to the family of Lance Corporal Robert Kumi Ackah, who was tragically shot by his own colleagues, said the President was pressured to act because of the attention the media gave to the military commander much to the neglect of the police officer.

Speaking in an interview with Starr News’ Regina Borley Bortey, Dr. Wereko-Brobby said it was wrong for government to have chosen to honour major Mahama and neglect the police officer who was also killed in the line of duty.

“I resent the fact that the political class of this country did not treat two servicemen equally. Why would government go and issue GHC500, 000 and go over the top and visit families, justifiably, but I believe it should have been done equally.

“The media precipitated that whole thing and forced the government to respond…so [government] was forced by the media coverage and if the media had devoted even half of the kind of expression they put to the one I think government may have been forced to do the same thing.”

Dr. Wereko-Brobby added that “the president acted on the pressure put on by the media…you people made it impossible for government to be fair and equitable to two gallant servicemen…the media was irresponsible and unprofessional.”

Dr. Wereko-Brobby has launched a trust fund with a seed capital of 20,000 Ghana cedis for the wife and family of the late Robert Kumi Ackah.