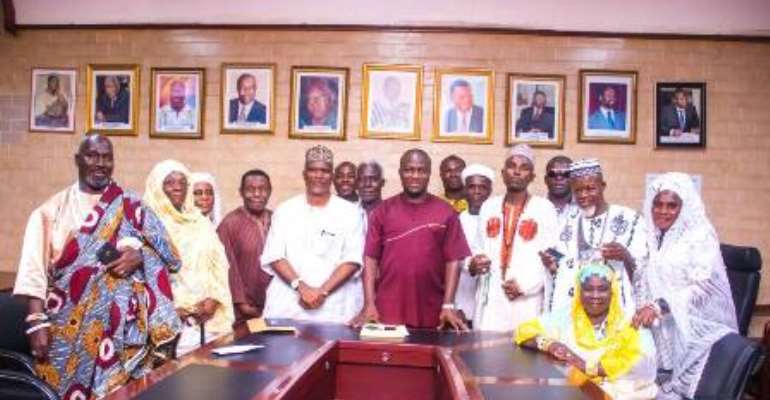 Accra, June 12, GNA - The Ga-Dangme Muslim Council (GMC) has called on the Mayor of Accra, Mr Mohammed Adjei Sowah at his office in Accra to strengthen bilateral ties between the two.

They have also given the assurance that they would support the Mayor in his quest to develop Accra.

The Council delegation was led by its Founder and Executive Director, Sultan Ahmed Nii Nortey Caesar, who used the opportunity to renew its commitment in working and ensuring the realisation of total development of the Accra Metropolis and the nation as a whole.

Sultan Caesar urged the Mayor to discharge his duties devoid of politics and serve as a good father to all groups and individuals within the Metropolis, irrespective of their political affiliations.

He expressed worry at the increasing indiscipline in the nation's capital in terms of sanitation and appealed to the Mayor to put in place a proper mechanism and policies that would mete out stiffer punishment to offenders.

The Mayor on his part assured the delegation of his commitment in realising the dream of President Nana Addo Dankwa Akufo Addo to make Accra one of the best cities in Africa.

He promised to run his office with an open-door policy and would count on their support in his quest to developing the capital city.

Mr Sowah said the Assembly would continue to enforce law and order and make sure all unauthorised structures at unauthorised locations and pedestrians walk ways were pulled down to ensure easy and smooth movement of goods and services.

He promised to ensure that there would be equal distribution of resources and promised introducing more and effective initiatives to reduce youth unemployment in the Metropolis.