But I was honest -JM
By Ghanaian Chronicle 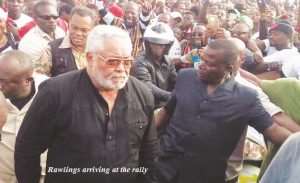 After swerving his boss in Wa on Sunday June 4, and at the party headquarters on Thursday June 8, in Accra, former President John Mahama and Jeremiah John Rawlings last Saturday came face to face at Ashaiman, where the National Democratic Congress (NDC) climaxed its silver-jubilee birthday celebration.

Jerry Rawlings, who has been firing salvos at the erstwhile Mahama-led government and party executives, has accused the people he bequeathed the NDC to, of having been heavily corrupt.

Following his consistency in re-orient the minds of the members of the NDC to chart the course of probity, accountability and social justice, the pillars upon which the NDC was founded, JJ has found it difficult to come to terms with the wanton corruption the latter-day NDC members have been accused of.

In fact, JJ, known for his boom speeches, has not spared any conspicuous soul in the NDC, since he helped the party to wrestle power from the New Patriotic Party (NPP) in 2008, when the late Professor John Evans Atta Mills became President.

Lashing at the late Prof Mills for appointing babies with sharp teeth as Ministers and Deputy Ministers who showed gross disrespect and spewed venomous utterances, JJ has, therefore, taken it upon himself to box the ears of the ‘boys’ and ‘girls’ in his party. 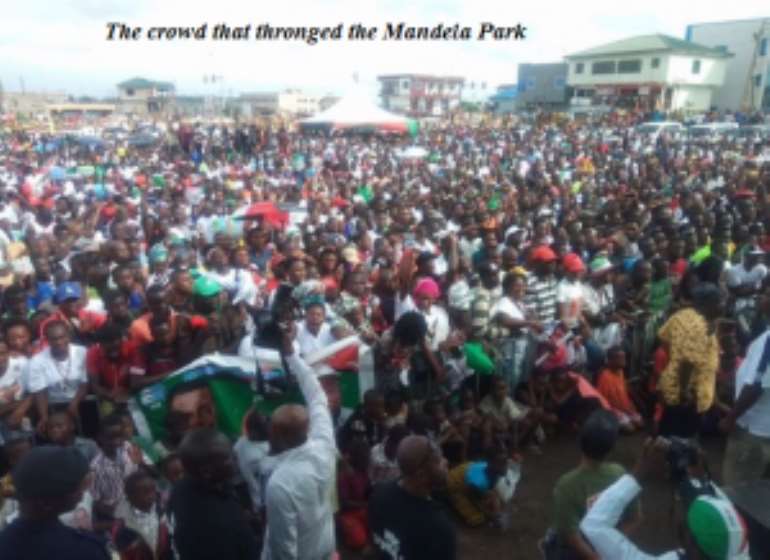 And so, on June 4, this year, at Wa, where he climaxed this year’s June 4 celebration, held under the theme: ‘Restoring the values of probity, accountability and truth in contemporary governance’, former President Jerry Rawlings gave a belated New Year hamper to Victor Smith, describing him as a political ‘419’ for his insincerity and clandestine moves to divert money meant for the NDC, when the late John Atta Mills was flag-bearer.

Like a boxer waiting for an opening to land a hefty upper cut at his opponent, Jerry Rawlings held his knockout jab last Thursday, when former President Mahama failed to show up at an NDC panel discussion at Adabraka, the party’s headquarters.

Then, on Saturday at Ashaiman, where the two came face to face to climax the 25th Anniversary of the party, Jerry John Rawlings expressed disgust at a select few in the NDC, who ‘wickedly’ amassed wealth at the expense of the toil and sweat of the grassroots.

JJ threw the first punch by attacking party members who have benefitted from the toil of those who helped to establish the NDC, when he said: 'Monkey dey work, Baboon dey chop’ to the cheering and enthusiastic crowd.

Jerry Rawlings told the leadership of the NDC to come clean, if they would continue holding on to preaching unity among the rank and file of the members.

All the seniors on the podium very quiet and listening like school boys, as Jerry Rawlings told the NDC to shun propaganda and work harder by ensuring that they revisited the spine of the party, which is probity, accountability and social justice. 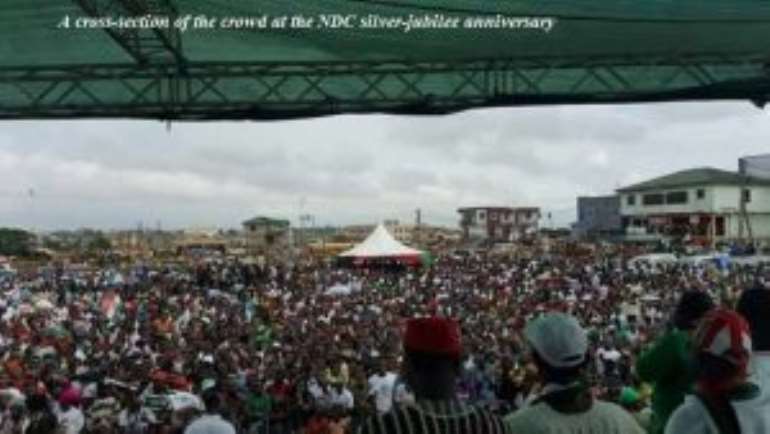 After scolding the leadership of the NDC, Jerry John Rawlings tasked the national executives of the party to clean its voters’ register, saying that it can re-ignite the party’s true strength and membership.

In his view, the NDC carelessly caused its own electoral defeat, when it opened its electoral college, thereby, allowing some members of the NPP to register as NDC members, which eventually swelled up the size of the party's membership.

The consequent large number of the membership, he explained, excited the NDC to believe that it had the numbers to beat the NPP in the last elections, which, on the contrary, caused their defeat in the 2016 General Elections.

“When you saw the large numbers in your register, which contained 419s, which I will find time to explain further to you on another occasion, you relaxed. That was when the NPP started their door-to-door campaign.”

To him, the NDC set a trap for its own defeat. JJ said the errors of the leadership of the NDC ought to be corrected, and the leadership should apologise to their grassroots, as the first move to uniting the base and all genuine members who were hurt by the party’s negligent trap.

Jerry said: “Ezenator Agyemang Rawlings identified the consequence that the Electoral College register could cause her in our primaries, and so she was brave to ensure that no NPP person was registered in the NDC exercise.

“That’s one form of probity, accountability and social justice, which we failed to do. Some of you invested in the NPP, and they turned back to teach you a lesson. 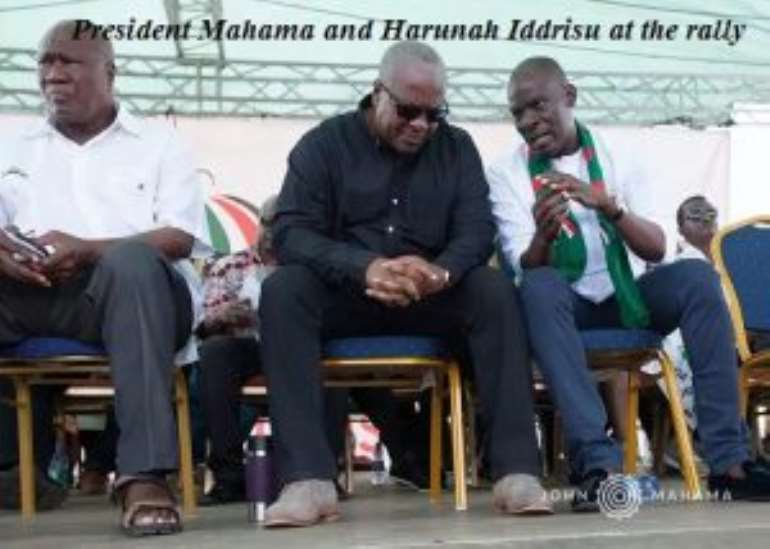 “I told you not to be inconsistent as the NPP, whose history I have told you about. The support-base of the NDC is stronger and more powerful than that of the NPP, but, somehow, the front liners underrated the potency of the grassroots, because they thought their inconsistency could be like that of the NPP.”

JJ's prophetic admonitions sent the leadership on the podium into a pensive mood, as he pointed out their flaws and hubris.

Rawlings, who turns 72 on June 22, this year, told the leadership that he had always wished well for the party.

At a certain stage in his sermon, the mammoth crowd chanted his name -“JJ, JJ, JJ”- bringing back nostalgic memories of how as a young military officer he was thrust onto Ghana.

Rawlings added that he was not cruel to be unforgiving or inconsiderate to the clarion call of the masses and grassroots who would like to see the NDC become the finest political party again.

“Should we do our work well and revisit our values of probity, accountability and social justice from today, I can tell you that we will win elections again and again,” he said, charging the crowd the more.

Seeing the size of the large crowd, JJ commended Ashaiman for its loyalty to the NDC, saying: “Ashaiman indeed loves the NDC.”

Changing gear from politics, JJ advised Ghanaians to revisit the days of communal labour to clean their communities, and also be vigilant in protecting national assets.

He expressed worry at how some motorists negligently knock down light poles, and other irresponsible persons who set fire to weeds around live electric poles.

The high birth rate, he said, was adverse to national development, especially for a developing country like Ghana.

‘I was honest’ JM
Former President John Mahama, having his turn to address the mammoth crowd in Ashaiman, said his honesty about the state of the economy caused the NDC’s defeat in the last elections.

He said he never withheld the true state of the economy from Ghanaians, saying he always admitted that, though times were tough, he was hopeful that the economy would be better, following interventions his government had put in place, which were to start yielding dividends, had he retained power.

“While I was being honest about the economy, Nana Addo and the NPP drummed home that there was huge money sitting idle in the country. The NPP said I was being inconsiderate to the Ghanaian because I was borrowing too much, and they did not see what my government was spending the money on.

“They made Ghanaians believe that the money was there to, within the shortest possible time, grow the economy and immediately change the lives of Ghanaians, and so, by divine intervention, the NDC and I lost in the elections.

“It is six months now since Nana Addo became President, and if there is something new you have seen, fine, but I want all of us to be hopeful that the Nana Addo government can fulfill its campaign promises to the electorate.

“If the government is able to fulfill its promises, all of us will be relieved, whether you are NDC or not.”

However, John Mahama told the crowd that following the happenings in the country, where some Ghanaian employees tagged as NDC faithful had been sacked from their places of work, the NDC has learnt an enormous lesson going into the future, even though he described the dismissal of the workers by this government as a bad precedence.

He said what the NDC ought to do now is to reunite and re-organise their branches and constituencies, and also clean up the party, devoid of acrimony or who would lead us in 2020.

“We have learnt our lessons as members of the NDC, and, surely, we will come back stronger, no matter who leads the NDC into 2020,” Mahama said, sending the crowd agog and chanting for his comeback.

Concluding, he said: “In the face of the intense division in the NPP while in opposition, they kept their eye on the ball, and eventually they won the elections. We can also learn some lessons from that.”