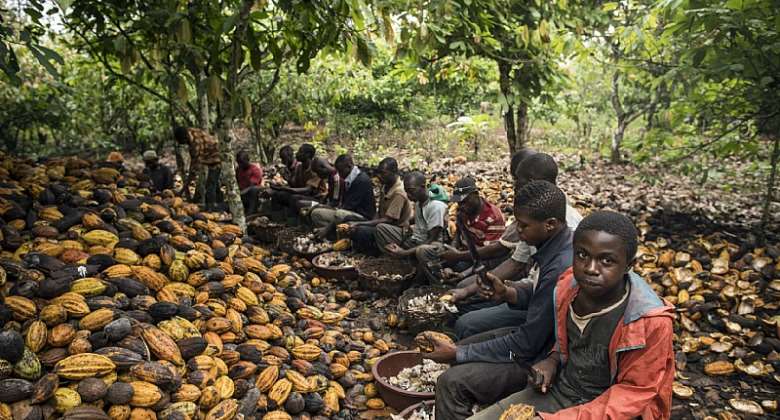 Joint sustainability efforts on an unprecedented scale have led to a major expansion and significant advances in community development and child protection in cocoa-growing regions of West Africa. But the International Cocoa Initiative (ICI), launching its 2016 Annual Report on World Day against Child Labour, warns that if the current low world market price for cocoa persists, it threatens to undermine the progress made in cocoa sustainability, including on efforts to reduce the risk of child labour.

In 2016, with the support of its various members, ICI continued its community development work in 75 cocoa-farming communities, supporting communities to implement actions that protect vulnerable children and improve children’s access to education, with almost 6,000 children newly enrolled in primary school in the course of the year.

The system is rooted in farming communities and is managed by the supply chain. It is estimated to identify up to 70% of all child labour cases, subsequently providing them with assistance and a way out of child labour, tailored to their individual situation.

Through these expanded activities at community level and in the cocoa supply chain, ICI’s work impacted the lives of more than 190,000 children in 2016. “Collaboration is at the heart of all of our child protection efforts.” says Nick Weatherill, Executive Director of ICI.

“Thanks to ICI’s Strategy for multi-stakeholder action, industry’s CocoaAction commitment and the producing governments’ National Action Plans for the Elimination of Child Labour, we’re seeing a surge in the application of commonly agreed good practices. All things remaining equal, this would give strong prospects for progressive, sector-wide change.” Weatherill cautions, however, that “all things may not, in fact, remain equal. The recent decline in world market cocoa prices is particularly worrying, threatening to make cocoa farmers poorer when we know that child labour reduction and poverty reduction are intrinsically linked.

The same collaborative energy that has helped the cocoa sector become a leader in sustainability must now be applied to mitigating this most fundamental of challenges”. Celebrated each year on 12 June, the World Day against Child Labour is observed by the International Labour Organization, other UN bodies, governments, trade unions and civil society to bring attention to the global issue of child labour, and the action needed to eliminate it.

Each year, ICI launches its Annual Report on that day, highlighting the organisation’s key achievements and emphasising successful approaches that need to be taken to scale. Click here to explore the stories and results in our Annual Report online.

Click here to explore the stories and results in our Annual Report online.