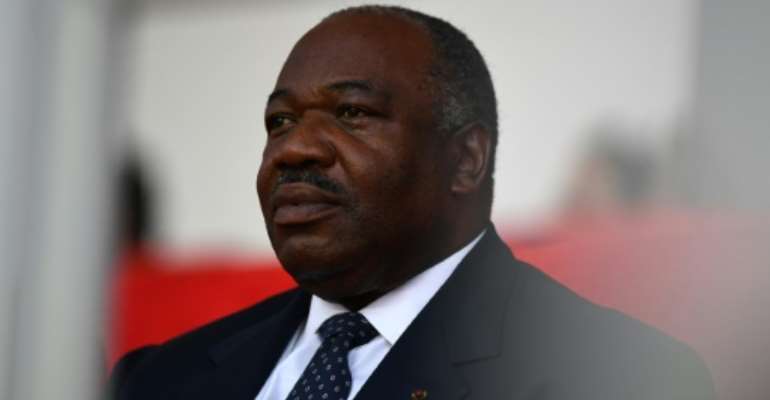 Gabonese President Ali Bongo took over from his father, Omar, who died in Barcelona eight years ago. By GABRIEL BOUYS (AFP/File)

Libreville (AFP) - A newsreader for Gabon state television has been taken off the air after mistakenly announcing the death of President Ali Bongo, the channel said on Saturday.

Journalist Wivine Ovandong made the error during a Gabon Television news bulletin on Thursday when she read from notes saying that Bongo had died in Barcelona.

In fact, Thursday was the eighth anniversary of the death of Bongo's father and predecessor, Omar, who did die in Barcelona on June 8, 2009, after more than four decades in power.

"We need to protect her, too, because social media has had a field day," he added.

Koumba appeared on the channel on Friday and said it had apologised to Bongo and his family for the "blunder".

"It can happen to anyone. But this was a bit much because it was confusion over the head of state," he said.

Ovandong had only been in the job for a few days after spending several years as a field reporter.