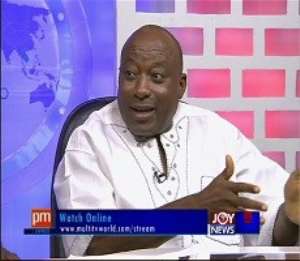 International Relations expert and MP for Gushegu in the Northern Region of Ghana, Dr Ziblim Iddi, predicts the United Kingdom faces difficult times after the snap general elections that started on Thursday.

Results trickling in shows the Conservative party, led by Prime Minister Theresa May, have lost their majority and has resulted in a hung parliament.

With just a handful of seats left to declare, polls, however, shows gains for the opposition Labour Party, led by Jeremy Corbyn.

This is seen as a humiliation for Theresa May, who called the election to try to strengthen her hand in talks with the EU on Brexit.

He said if neither party gets a clear majority they would have to form a coalition with other small parties, but this will prove to be “really bad for the UK especially domestically.”

“From the way things are going, it looks like even if Corbyn is to be the Prime Minister there will be a coalition government. Coalition governments are always not active in pushing things because they are being pulled back by members of the coalition and so it will be very difficult times for the UK,” he said on PM Express, a current affairs programme on the Joy News channel (Multi TV).

Either way you look at it, the outcome of this election will weaken the United Kingdom, at least as far as the Brexit negotiation is concerned, Dr Iddi surmised.

“[A Prime Minister] will need a clear mandate to go out there and negotiate,” he reiterates.

Why the election matters - it's all about Brexit

The election will largely determine the UK's negotiation policies in upcoming negotiations with the EU on Brexit.

Theresa May was against Brexit before last year's referendum - but now says there can be no turning back and that "Brexit means Brexit".

The reason the prime minister gave for calling the election was to strengthen her hand during the negotiations.

The Conservatives' priorities were set out in a 12-point plan published in January and the letter formally invoking Brexit in March.

The key elements include: - No longer being bound by EU law and European Court of Justice rulings

- Striking trade deals with other countries around the world

The Labour Party campaigned against Brexit in the referendum but now says the result must be honoured, and is aiming for a "close new relationship with the EU" with workers' rights protected.

The party has set out several demands and tests it says Brexit must meet.

These include: - Aiming for "tariff-free access" to the EU single market, while accepting "unchanged access" is impossible

- Leaving the option of the customs union on the table

- Refusing to accept a "no deal" scenario

When the election exit poll was revealed, the pound immediately dropped by 2% as investors took a position that a hung parliament was a possible outcome, reports the BBC.

Watch the full episode of the PM Express show in the video link below.