Who killed Maj. Adam Mahama, The State or Galamseyers? 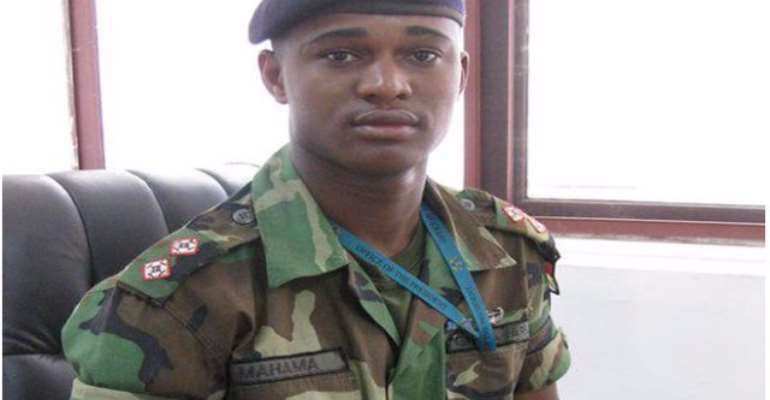 Major Adam Maxwell Mahama will be buried tomorrow but not the question of who killed him.

According to official sources at the Criminal Investigation Department (CID), the late captain met his untimely death while checking ‘Galamsey activities at Diaso in the Upper Denkyira District of the Central Region.’

Certainly, this kills earlier assertion of mob justice and gives fresh life to earlier comments by The minister for Land and Natural Resources, Mr Peter Amewu, that, Ghana’s military is involved in Galamsey activities.

That raises the concern of why Ghanaian taxes should finance Ghanaian soldiers to protect foreign miners or fight their own brothers seeking bread and butter in their own soil. A perfect picture of colonial era indirect rule.

It is an admitted fact that unemployment has gotten to crisis pitch in Ghana. Indeed, it has led to the recent regime change.

Tragically, these resources are entirely in foreign hands.Even worse, the media and the middle class citizens have been incited against the unemployed Ghanaian seeking refuge in informal mining with the emotional excuse that, they are the reason Ghana’s forest is depleting and rivers, polluting.

In this battle for survival, Adam Mahama becomes a weapon of war used by the state and in the process, loses his dear life.

The president has vowed to bring the killers of Adam Maxwell Mahama to book. He has also pledged not to relent in dealing ruthlessly to end Galamsey.

I wish that commitment is directed at ending foreign exploitation of Ghanaian natural resources and creating jobs for the Ghanaian he represents – this will protect our natural resources, it will also ensure that another Ghanaian will not die on a mining concession, whether galamseyer or a soldier.