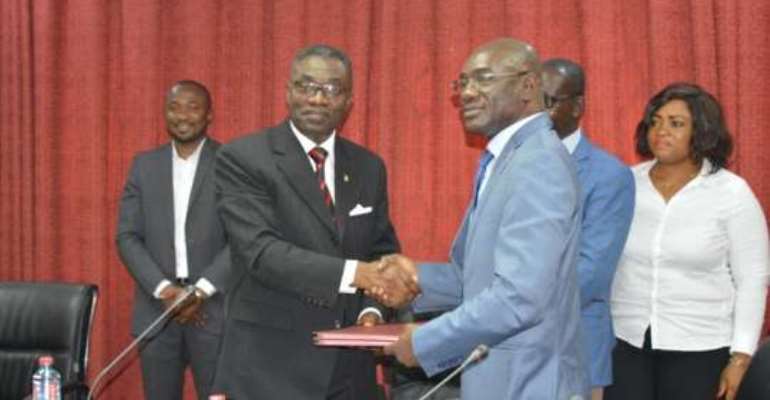 Mr William Agyepong Quaitoo, Deputy Minister of Food and Agriculture, who signed the convention, said the country had accomplished the process for the establishment of the Council and hosted the first consultation meeting in Accra in April 2016.

The Council is an international organisation, steered by the Ministries responsible for cashew in the Member states and meet annually as the decision-making body for the development of the sector.

The Council aims to create a consultation framework and synergies between member states for a sustainable cashew sector.

Mr Quaitoo said Ghana's membership of the Council would help contribute to the harmonisation of policies in the region and profit from the exchange in the technical bodies for private sector promotion, cashew research along the value chain and production.

He said the African Cashew industry could benefit immensely by capturing the value of its raw nut production through increasing processing on the continent.

The Minister noted that in West Africa, the country had a comparative advantage due to its continuous investment in Cashew research by the Ministry of Food and Agriculture and the Cocoa Research Institute of Ghana.

'This has resulted in a high productivity and quality of the cashew crop. Ghana has 14 installed raw Cashew nut processing units, with a total capacity of 68,000 MT.

However; only about 15,000 MT of raw cashew processed in two of the 14 processing units.

He said government had made commitment to the promotion of agriculture and pledged to spread industrialisation across the country, on the 'one district, one factory' policy.

'Government is also putting in place a cashew board to govern and regulate the cashew sector as well as to develop favourable policies to leverage existing efforts and promote investment in the sector', he added.

Dr Adama Coulibaly, Director in charge of Cashew Regulatory Body in Cote d' Ivoire commended the country for signing onto the convention and expressed the hope that the gesture would support Member States to develop policies and strategies for the development of Cashew sector.