Ken Ofori-Atta Will Acquit Himself Creditably Before The August House 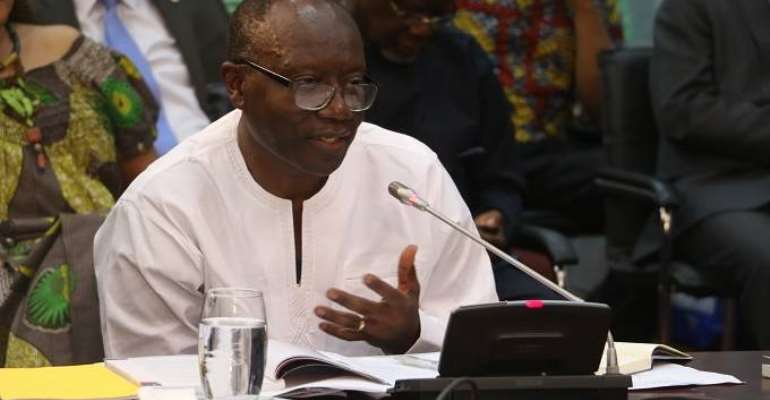 When he appears before Parliament tomorrow to justify the integrity and wholesomeness of the floating of the bond subscription worth more than $ 2 billion – some GH₵ 9 billion – that has become mired in a drawn-out controversy, largely provoked by the National Democratic Congress’ Parliamentary Minority, I am very certain that the Finance Minister, Mr. Ken Ofori-Atta, will acquit himself more than creditably. He is likely to mesmerize both his most ardent detractors and admirers.

His appearance has been necessitated by a patently vacuous political strategy of harassment by the members of the Parliamentary Minority, whose leadership was not known for the dogged pursuance of transparency and accountability and probity when former President John Dramani Mahama literally ruled the roost (See “$ 2.25 Bln Bond: Minority Threatens Finance Minister with Contempt If…” MyJoyOnline.com / Modernghana.com 6/6/17).

The Minority, led by Messrs. Haruna Iddrisu and Cssiel Ato Forson, the former Deputy Finance Minister and Minority Spokesperson, have vowed to enquire into every minute detail of the bond’s issuance, but their primary concern appears to be to ensure that the brokering of this investment deal is not underlain by what these NDC Abongo Boys term as “conflicts-of-interest” or any attempt by the principal signatories to unduly benefit from the deal at the expense of the Ghanaian taxpayer.

I am also quite certain that the erudite presentation of Mr. Ofori-Atta is apt to settle matters conclusively. But much of the latter will depend on the willingness of the Minority Side to play fair and square with this clearly open-and-shut matter. It is also hoped that the Minority Side equally recognizes the fact that there may be aspects of this deal which may be classified for national security reasons, and thus beyond partisan political football. For ultimately, transparency does not necessarily mean the unwise exposure of the people’s business to just about every Haruna, Ato or Buah.

There will be absolutely no mischievous attempt to do a Fortis-GNPC number on the members of the august House, as was shamelessly done by these very operatives of the auspiciously outgone Mahama-led government of the National Democratic Congress. But, of course, the members of the Parliamentary Minority will be grossly mistaken if they unwisely attempt to play hardball or fast-and-loose with the conventional rules of engagement. In sum, Finance Minister Ofori-Atta is an astute and mild-mannered diplomat well-versed in playing strictly and decently by the rules. But he can also be hot potatoes if the Minority Side unwisely attempts to push the proverbial envelope beyond reason.

The author has 5091 publications published on Modern Ghana.