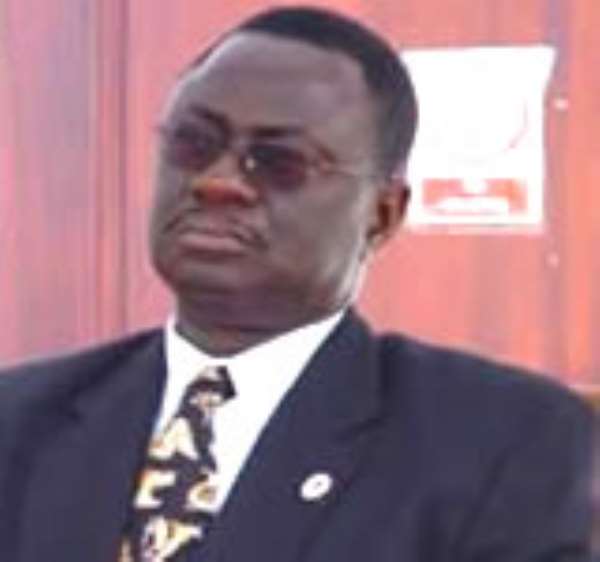 Accra, May 17, GNA - A group calling itself "Concerned Staff/Students of University of Ghana, Legon," have rallied to the side of the embattled Vice-Chancellor, Professor Kwadwo Assenso-Okyere who has been asked by the University Council to proceed on leave following a scandal of leakage of examination papers and massaging of grades involving several people including his son. In a statement issued on Monday, the group said it had learnt with grave concern the recent moves by the University Council to force the Vice-Chancellor "to proceed on leave or be sacked'. "We view Council's decision to push the Vice-Chancellor out as one of the worse and unjust decisions ever taken by any Council," the group said in a statement signed by Mr Kwame Bempa Osei-Hweree, their Spokesman.
"We also view the decision as a clear manifestation of the unproductive nature of the Council since it has been established that the Vice-Chancellor's tenure of office has seen the most remarkable change in almost every area of the University."
The group said it believed that the Council's directive was a total violation of the Statutes of the University of Ghana, which set forth the conditions for the removal of the Vice-Chancellor. "We strongly believe that the Vice-Chancellor has done nothing worthy to be pushed out from Office in this manner. Even the lowest ranked worker cannot be treated in this manner let alone the Vice-Chancellor.
"We demand to know from the University Council what wrong the Vice-Chancellor has committed to merit such an unfair treatment." The group said it was of the view that the Vice-Chancellor could not be punished for the wrong committed by his adult child, describing it as unfair, ridiculous and untenable.
Mr Kwadwo Tabiri Asenso-Okyere, son of the Vice- Chancellor, on Monday issued a statement in which he said at 23 years, he was an adult who was answerable for all his actions.
Mr Asenso-Okyere, who is at the centre of the leakage of examination papers in the last Semester Examinations of the University, said: "I am, therefore, at a loss as to the motive for the persistent efforts to drag my father into this whole issue.
"I am very disheartened about the relentless efforts by some forces to pull my father into this whole affair.
"Until I confessed at the Mfodwo Committee, my parents and siblings did not know anything about my involvement in the examination malpractice."
Mr Asenso-Okyere also known, as K. T., said there was nowhere in the Mfodwo Committee Report that his father was mentioned. "I am, therefore, at a loss as to the motive for the persistent effort to drag my father into this whole issue."
Mr Asenso-Okyere said he wanted to add his voice to that of well meaning Ghanaians, who believed that justice and fair play should be the guiding principles in the handling of the issue and to leave his father out.
"I want to place on record that I have never travelled out of the country since last semester, that I cooperated with the Mfodwo Committee and I have started appearing before the Disciplinary Committee." Mr Asenso-Okyere apologised to the University for his involvement in the leakage, which has brought the institution into disrepute.