Let Sing ‘Requiem Mass’ For Law And Order In Ghana 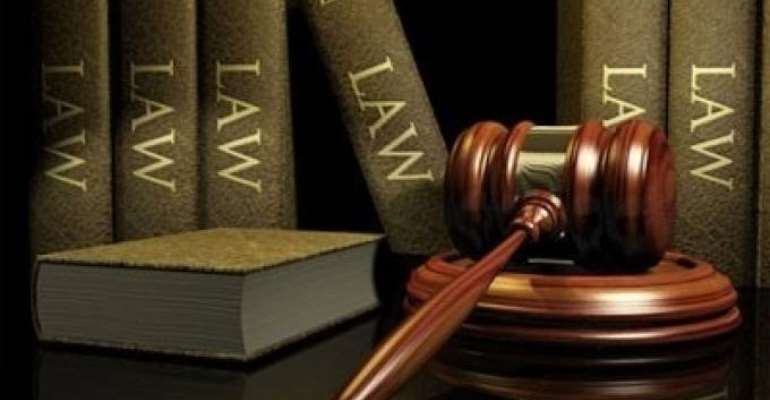 Anyone in Ghana today harboring the view that the Ghanaian society, for the most part, is sickeningly lawless is right on the money. The preceding characterization appears to be harsh, but we would also be doing a great disservice to the present Ghanaian generation and those yet unborn if we keep having a-feel-good or misleading attitude that Ghana has functional law and order system. Naturally, there may be unsurprisingly large group of people who would vehemently oppose any attempt at labeling the country as lawless. Whatever opposition or resistance out there is quite understandable in that no one would want to wash their badly soiled clothes in the full glare of the public.

As humans, in most cases we show some tendencies to cloud action and identity as if both are the same. Most likely too, strong sense of pride, shame, as opposed to mere acceptance of guilt of our actions, may play a major role here. Notwithstanding, the harsh realities in Ghana as we speak reinforce the general narrative that majority of Ghanaians tend to have problem keeping up with the essence or the spirit of law and order. It is one thing to say “Ghanaians are peace-loving people living in a nation of law and order” and entirely another thing as responsible citizens to fail to show genuine commitment toward the spirit and the letter of law and order.

Dispassionate overview of Ghanaian society over the years strongly indicates that the practical aspect of the law and order is fast losing all its vital organs if that hasn’t taken place already. Considerable bunch of Ghanaians always brag about Ghana as a beacon of democracy in Africa, but they ignore one fundamental element about democracy: that it is enabled by the rule of law and order. In addition, claiming that one’s country has “rich culture” and the same time refusing to respect or obey law and order speaks to our complete misunderstanding of some of the key underpinnings of culture in general. Law and order forms an integral part of any society’s culture—they influence each other.

In its simplest form law and order thrives on and presupposes an unshakeable respect and obedience. The concept of law and order assumes that a given society has strong sociopolitical architectures that suppress violence while guaranteeing criminal justice dispensation backed by efficient and corrupt-free law enforcement mechanism. Indeed, vibrant law and order societies have law enforcers who are well-equipped, highly-trained, decently paid, and fully understand the limits of their powers in relations to the law and order they’re tasked to enforce.

One of the key features that distinguishes contemporary societies, such as Ghana, from the Hobbesian “state of nature” is the ubiquity and the reverence for the law and order. In the “state of nature” anything goes; the rule of law and order doesn’t really exist. Even if it exists at all, the laws usually favor the richest and the well-connected in the community. When this seemingly unfair socio-cultural development becomes the norm the end result, among others, is a pent-up disillusionment and widespread mistrust among the majority poor, including the uncritical minds in the society.

Certainly, Ghana is a modern society yet it is not an overstatement to make the case that many Ghanaians have almost turned the country into a lawless place; and, it’s getting worse every day. To say the least, Ghana is du jour version of what the ancient English philosopher Thomas Hobbes aptly visualized as the “state of nature” community. Doubters can say whatever they want to say in their effort to stoke national pride, but one of the consequential reasons Ghana, with all its immense resources, is orbiting around mediocre developmental paths is because of people’s lack of respect for law and order. Again, a nation’s progress doesn’t occur in isolation.

Ghana has well-documented Constitution in addition to traditional rules, customs, mores, and the like, all designed to spell out what Ghanaians can and cannot do within the country’s customary or legal jurisprudence. Nonetheless, most Ghanaians behave as if the country is not bonded by laws, rules, or regulations. Just take a snapshot of the lawlessness with its attendant auto carnages unfolding daily on the streets and roads across the nation caused by the motorists and folks may get a fair idea of what blatant disrespect of law and order entails. More so the “almighty galamsey” is one classic example of law and order destroyer in Ghana. Another notable avenue to look for lawlessness in Ghanaian society is the ease with which many of the police officers solicit and accept bribes from the law breakers, often resulting in the lax enforcement of law and order.

Now, all Ghanaians of good conscience are right to express their moral outrages and condemnations regarding the callously cold-blooded murder of the Army Captain Maxwell Mahama at the hands of those savages at Denkyiraboase. Let’s keep in mind that the gory circumstances engulfing the captain’s killing in that village are symptomatic of a larger societal disease that has gone untreated for years long before Nana Akuffo Addo’s presidency. Hence, it will take an ignoramus to blame the current president for the actions of the perpetrators of this heinous crime baselessly termed “instant justice” across this nation.

Hopefully, the country will honestly self-reflect and use this senseless but high-profile slaughtering of a military officer as a wake-up call to resuscitate the nation’s long-dead law and order system, other than that Ghana is doomed. However, for now let’s sing requiem hymn for the asphyxiated law and order in Ghana.