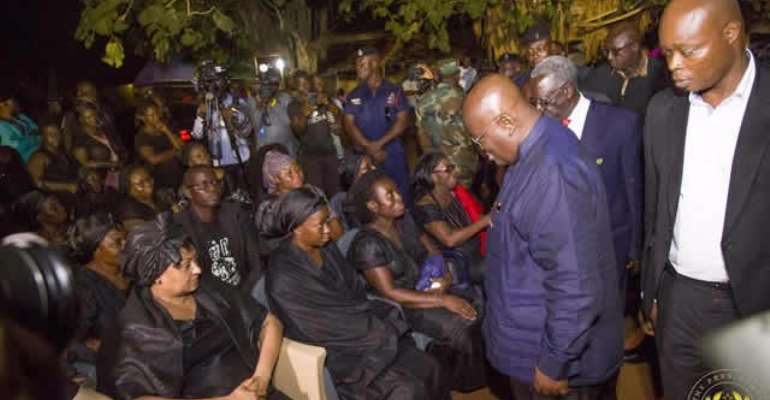 The family of the late Captain Maxwell Adam Mahama of the 5th Infantry Battalion (5BN) has appealed to Ghanaians to commit the slain soldier into prayer.

In a release issued on Monday June54, 2017 to commemorate exactly one week of his, Family Spokesperson Douri Bennin Haji underscored the importance of prayer for the late captain and his family at this time of their grief.

“In keeping with tradition we will like to thank all Ghanaians for their support and good wishes to the family. We call on all Ghanaians to take a minute today to say a little pray for the gentle soul of Captain Maxwell Mahama Adam. We request all Christians and Muslims to remember the late Captain Mahama in their prayers and for the Almighty God to give him a restful place”

Background The late Captain Mahama was a military officer with the 5th Infantry Batallion (5BN) at Burma Camp in Accra but on detachment duties at the Denkyira Obuasi of the Central region.

Captain Mahama, according to his subordinates, was seen jogging along the main road and as he stopped by to ask some women for directions, the women saw a pistol on him. The women who were alarmed by the discovery of the pistol on Captain Mahama mistook him for an armed robber thereby alerting their assembly member who allegedly organised some men to lynch him and even burnt him in the process.