Why The Murderers Of Captain Maxwell Adam Mahama Were Senseless 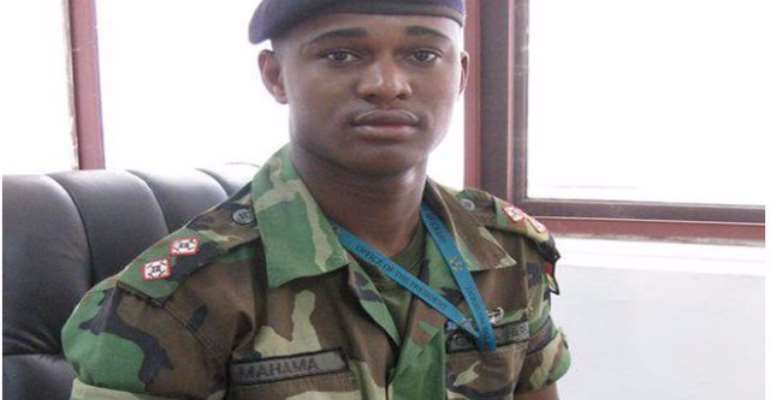 I don’t seek to preempt the outcome of the investigation relative to the murder of Captain Mahama, just as I am not in anyway seeking to anticipate the outcome of legal proceedings on the case. My interest is simply to uncover the idiotic aspects of the lynching, and suggest ways of curing the mischief of mob injustice.

First, granted that it is true that the people of Denkyira-Obuasi in the Upper Denkyira West District of the Central Region have had series of armed robbers besieging them, none of the murderers could claim that the late Mahama had robbed them. Also, none of them had any evidence to show that they had suffered harm from the late Mahama. Similarly, none of them lived according to logic of the Akan proverb, “If you follow the disturbances of the housefly, you renew the pain of your wound.” This is also captured in the Bible that, “In your anger, do not sin” (Ephesians 4:26). So, it was illogical for them to have killed the late Captain and defender of our sovereignty.

Second, none of the murderers wanted to die. After they had pursued a grotesque and outrageous murder, none of them was ready to die. So, clearly, they were quite aware that life is more sacred than they had thought. Indeed, the fact that all of them fled the scene when their ghastly act had been uncovered shows that none of them saw death as a viable alternative. So, if they all feared death, then killing Captain Mahama was a thoughtless act.

Third, all the murderers, and persons around at the scene acted extra-legally and failed to live as responsible citizens: those who acted as spectators were the worse offenders. Here, the long arm of the law finds the murderers, the inspirers of the murderous act, and the persons observing the horrific act complicit and abettors of evil. All these three categories of persons are coconspirators, and, as it were, the law would deal with them, though the degree of punishment would not be homogenous and uniform. But, obviously, all of them would be punished. It was, therefore, crass for observers to go watch the evil episode without bothering to inform the police or raising alarm.

Also, it is unintelligent for politicians and some so-called social commentators, who claim to know it all, thus dethroning God, to obfuscate and blur public knowledge of mob injustice through political massaging and spinning of a major blot in our security. Our politics, framed around the (il)logic of “I win you lose, and you lose, I win,” undermines our quest as a nation to consolidate our democratic gains. Globally, Ghana’s fledgling democracy is celebrated as a model for the rest of the continent of Africa. Unfortunately, some of our stomach-directed politicians have chosen to make political capital out of every issue that needs to be discussed with all seriousness and consensus building. We are so internally fragmented on partisan basis that it is almost impossible for Ghanaians to converge on a common point to find a solution to the multiple challenges confronting the nation. Hence, it is ridiculous for some politicians and social commentators to politicise an issue that has taken the wind out of the sail of most Ghanaians.

The media has also not helped matters. At a time when mob injustice appears to have come to a head in our democratic dispensation, I was expecting that the media would bring on board persons, who have knowledge in security, clinical psychology, sociology, history etcetera to give us an informed discourse analysis of the situation. Unfortunately, reflecting the divisiveness in our country, media houses are, as usual, engaging the ‘know-it-all’ social commentators and politicians to educate Ghanaians on such a challenging socio-political phenomenon. Even if they engage experts, at all, these experts are given five minutes, at most, to discuss such a sensitive and troubling social challenge.

This morning, it was reported on one of the radio stations that an old woman, accused of having witchcraft, has been lynched at Tindongo in the Upper East Region. The gory incident is said to have happened on Monday, May 29, 2017; the same day some reckless Ghanaians also lynched Captain Mahama. These two unfortunate episodes, inter alia, should jostle us from slumber to work on the psychology of Ghanaians. The various state institutions: the security service, the judicial service, and the National Commission for Civic Education should uplift their game. More professionalism is expected from these state institutions.

Lastly, the barbaric and lawless lynching of Captain Mahama and the so-called witch in Tindongo expresses the biblical anthropology of wo/man in the assertion that, “The heart of man is desperately wicked” (Jeremiah 17:9). Also, concerning the intrinsic wickedness of wo/man, the Bible states, “Their throat is a yawning grave; they use their tongues to deceive (to mislead and deal treacherously). The venom of asps is beneath their lips. Their mouth is full of cursing and bitterness. Their feet are swift to shed blood. Destruction and misery mark their ways. And they have no experience of the way of peace (they know nothing about peace, for a peaceful way they do not even recognize). There is no (reverential) fear of God before their eyes” (Romans 3:13-18).

We pray that the Lord God would bring comfort to the families of persons, who have suffered unjustly from mob injustice. And as we eschew superfluous politicisation of social challenge in Ghana, I pray that God would intervene in the affairs of Ghana.