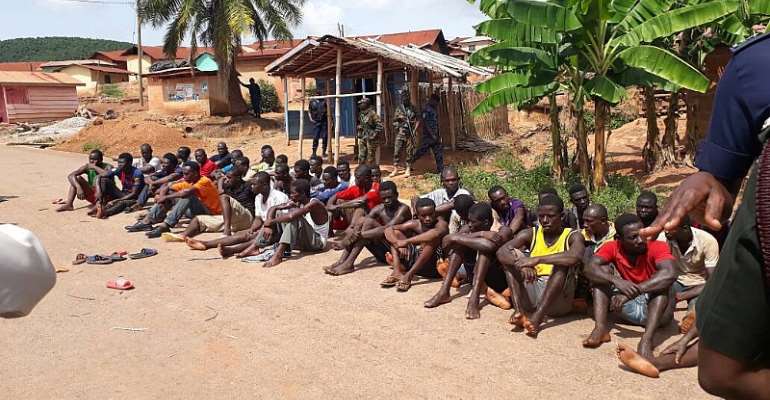 The Chief of Denkyira Boase in the Central Region is currently on the run and attempts to trace his whereabouts have failed, Member of Parliament (MP) for Upper West Denkyira has said.

According to Nsowaa Gyan, the Chief and the Assemblyman for the town absconded right after the lynching of the late Maxwell Mahama ostensibly to escape military brutalities that he believed would happen in the town.

“I have not seen the Chief yet…he left the town and attempts to trace his whereabouts have failed because his phones are switched off,” the MP said on Adom FM’s Morning Show, ‘Dwaso Nsem’ Wednesday.

Late Captain Maxwell Mahama who was said to have gone for jogging on Monday morning was lynched by a mob after they allegedly mistook him for an armed robber because he was in possession of a weapon.

Pictures and videos of the brutal assault flooded social media and the actions of the residents have been condemned in no uncertain terms.

Many including President Akufo-Addo has condemned it and has promised the family of the deceased the perpetrators of this heinous crime would be brought to book.

Defence Minister, Dominic Nitiwul said the circumstance under which the officer lost his life “is weird” and hopes investigations will unravel the actual circumstances of his death.

And the MP commenting on the saga said the chief and other opinion leaders of the town are nowhere to be found.

The chief whose name was given by a former DCE as Nana Agyei Nkyeree is also said to be the acting President for Denkyira Traditional Council.

Nana Agyei Nsaree, he said is not the only person who have abandoned the town in fear of their lives as according to him, abled men and women have also fled the town due to fear that soldiers would invade the town and beat up anyone found on sight.

The Legislator speaking on Adom FM’s Morning Show, ‘Dwaso Nsem’ Wednesday entreated all Ghanaians to take a cue from what is happening in Denkyira Boase and desist from mob attacks.