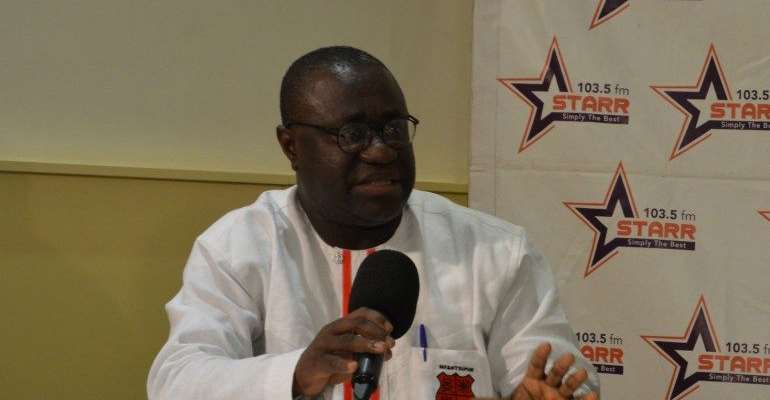 Security Analyst Dr. Kwesi Aning has described the growing lawlessness in Ghana as a serious threat to the country’s relative peace.

His comment comes after the gruesome murder of a military officer at Diaso in the Denkyira West District of the Central region on Monday.

His murder has sparked a massive public outrage in the country.

The murder of Captain Mahama comes on the back of riots that rocked Somanya in the Eastern region leading to the burning of a Police vehicle by angry residents.

Fourteen people have been arrested and remanded into prison custody.

Speaking on Morning Starr Wednesday, the Head of Research of the Kofi Annan International Peacekeeping Training Centre (KAIPTC) said lawlessness is gradually becoming the order of the day in the country.

“There is an almost disturbing psychological acceptance that violence has become a currency that we can use either by ourselves or use to pay people to do our dirty acts for us.

“When you lift up your arms against a representative of the state, particularly the security forces then that state is on the brink,” Dr. Aning told host of Morning Starr Francis Abban.

A Senior Law Lecturer at the Ghana School of Law, Maxwell Opoku Agyeman added that the political class must be blamed for not showing leadership in these times of lawlessness.

According to him, Ghana risk having a major crisis if we experience political disorder.

“Rule of law shouldn’t just be a catch phrase. Rule of law should be something that will guide us and we will live by. We should take our time when things happen and investigate matters as well…it is time we all respect the law.”

Meanwhile, five people have so far been arrested and are currently being processed for court according to the Spokesperson of the Ghana armed Forces, Colonel Aggrey Quarshie.