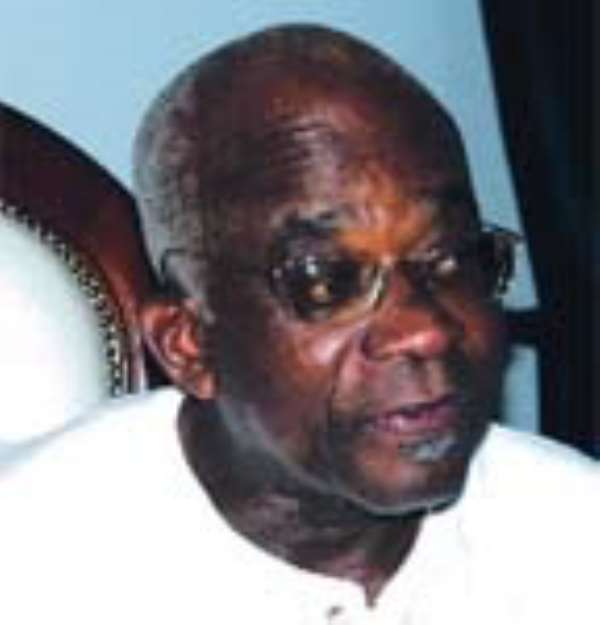 Accra, May 10, 2005, Chronicle -- Mr. Kofi Asante, the 'pushed-aside,' Executive Secretary of the Energy Commission, has indicated that there has been a long-standing conspiracy against him, since he dissented to the current state of the West Africa Gas Pipeline project agreement, which is not favourable to the nation.
Mr. Asante said he had incurred the wrath of highly placed persons in government, following his exposure of the problem with the WAGP project agreement.
The Chronicle has gathered from independent sources that there is the need to take a second look at that agreement, as the nation is not well-protected in its current state.
Speaking to Joy FM in a radio interview yesterday morning, Mr. Asante revealed how in the early part of this year, an international conference convened by the Energy Commission was called off with less than 24 hours to go by the Castle.
The Chronicle investigations have established that a minister of state had to apologize to an embassy, for the embarrassment caused by that last minute cancellation, ordered from the Castle.
Sacrificial lamb Mr. Asante described as, “unreasonable, uncalled for, and unprecedented,” the decision to ask him to step aside, without giving him a hearing, when speaking to Komla Dumor, host of the programme.
He told him, “I've been made not only a scapegoat, but also a sacrificial lamb.”
Ungratefulness Mr. Asante described the workers of the Commission who have conspired against him as ungrateful.
He said the workers had conspired against him because he stood in their way and halted certain negative practices that included corruption in procurements.
He pointed out, however, that he has a third of the workers on his side.
Denial of allegations He denied flatly all the allegations against him, adding that all the necessary documentations, including Treasury invoices, had already been forwarded to government, and would be available to whatever team would be set up.
Mr. Asante denied taking ¢30 million monthly rent allowance, describing the amount as a quarterly rent advance payment of ¢10 million monthly rent, approved by the Commission and the lower of two valuations carried out by the Lands Valuation Board and independent valuers.
He named the parliamentary select committee on energy, a commissioner, as well as some staff members, who had benefited from the ¢809 million spent on foreign travels.
He revealed that he spent only ¢257million of the amount on his official travels.
Veep-Chief of Staff ordered Mamponghene's land cruiser Mr. Asante admitted the commission purshased the two land cruisers one of which he uses for official travels, and the other put at the disposal of the chairman of the board, but he was quick to add that the other staff members had been provided with vehicles.
He revealed that all Commission chairmen have been provided vehicles, adding that it was those now calling for his head, citing the Vice President, and the Chief of Staff, separately on the two stations, as having directed him to provide the Chairman, Daasebre Osei Bonsu II, with the vehicle.
He further revealed that he reported to the board the directive given him from the Castle, but was assured that was normal practice!