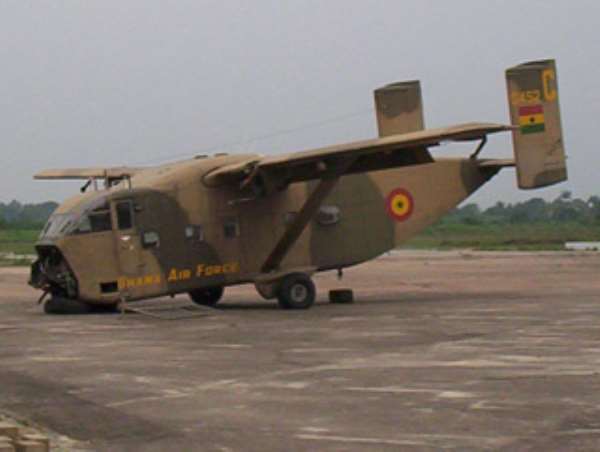 ... from highest category to lowest rating ... Ghanaian-operated airline can no longer fly to USA ... "Na who cause am"? WASHINGTON, D.C. -- The U.S. Department of Transportation's Federal Aviation Administration (FAA) today announced that Ghana does not comply with international safety standards set by the International Civil Aviation Organization (ICAO), following a reassessment of its civil aviation authority. As a result of Ghana's failure to comply with ICAO standards, its safety rating was lowered from the highest score of Category 1 to the lowest rating, Category 2. A Category 2 rating means a country either lacks laws or regulations necessary to oversee air carriers in accordance with minimum international standards, or that its civil aviation authority -- equivalent to the FAA -- is deficient in one or more areas such as technical expertise, trained personnel, record keeping or inspection procedures. The FAA will remain engaged with the civil aviation authority in Ghana and will periodically review the situation with the intention of encouraging improvements that will qualify Ghana for a Category 1 rating. This announcement is part of the FAA's International Aviation Safety Assessment (IASA) program, under which the agency assesses the civil aviation authorities of all countries with air carriers that operate to the United States and makes that information available to the public. The assessments are not an indication of whether individual foreign carriers are safe or unsafe. Rather, they determine whether or not foreign civil aviation authorities (CAA) are meeting ICAO safety standards, not FAA regulations. Countries with air carriers that fly to the United States must adhere to the safety standards of ICAO, the United Nations' technical agency for aviation that establishes international standards and recommended practices for aircraft operations and maintenance. The FAA, with the cooperation of the host civil aviation authority, assesses countries with airlines that have operating rights to or from the United States or have requested such rights. Specifically, the FAA determines whether a foreign civil aviation authority has an adequate infrastructure for international aviation safety oversight as defined by ICAO standards. The basic elements that the FAA considers necessary include: 1) laws enabling the appropriate government office to adopt regulations necessary to meet the minimum requirements of ICAO; 2) current regulations that meet those requirements; 3) procedures to carry out the regulatory requirements; 4) air carrier certification, routine inspection, and surveillance programs, and 5) organizational and personnel resources to implement and enforce the above. The FAA has established two ratings for the status of these civil aviation authorities at the time of the assessment:(1) does comply with ICAO standards,(2) does not comply with ICAO standards.