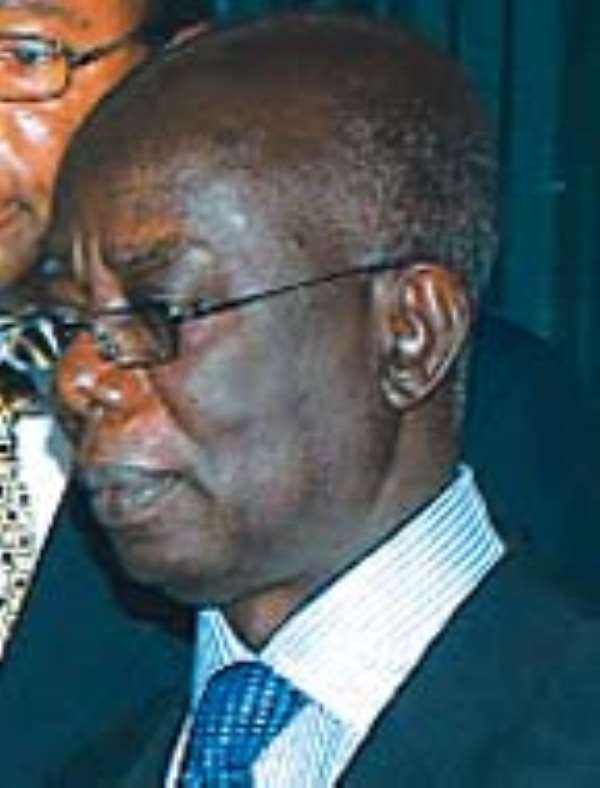 MR Kwadwo Mpianim, the Minister of Presidential Affairs and Chief of Staff, has denied ever instructing Mr Kofi Asante, the Executive Secretary of the Energy Commission, to purchase a Toyota Landcruiser for the Mamponghene, who is also the Board Chairman of the commission. “It is a lie. l have never asked anybody to buy any vehicle for anybody,” he declared. In an interview for his reaction to statements made by Mr Asante in sections of the media that he purchased a Toyota Landcruiser for the Mamponghene on his instructions, Mr Mpianim said he did not remember ever instructing Mr Asante to do so. President J.A. Kufuor was reported to have directed that the Chairman and the Executive Secretary of the Energy Commission be made to step down from their positions with immediate effect following allegations involving some expenditures and procurement of two vehicles valued at ¢650 million each. Mr Asante said on an Accra radio station, Joy FM, that he was instructed by the Chief of Staff and Minister of Presidential Affairs to buy the four-wheel drive for the board chairman. Mr Mpianim, on the other hand, said he objected to the practice whereby some board chairmen behaved as chief executive officers, making certain demands or given some unusual favours by some chief executives, adding that he had made that position clear to all board chairmen and chief executives of state-owned enterprises (SOE). Mr Mpianim recalled a workshop which was organised for board chairmen and chief executives of SOEs last year at Akosombo and said he stated unequivocally that it was wrong for board chairmen to behave like chief executive officers. He said some board chairmen sometimes made requests which they were not entitled to and said such demands led to friction in situations where the chief executive officers refused to give in to those demands. Mr Mpianim said there had been occasions when some chief executive officers showered gifts and favours on board chairmen, leading to compromises. He said granted that he even told Mr Asante to purchase a vehicle for the board chairman, “was it proper for him to have done so, and if it was wrong, why did he do so?” “Mr Asante is trying to hide things,” he stated. Mr Mpianim said the Energy Commission might not be the only place where some of these things were taking place. “It is wrong for board chairmen to demand the purchase of vehicles for their use,” he said, adding, “the board members are given monthly allowances, sitting allowances and in some cases transport allowances”. He said if any board chairman had any transportation difficulty attending a board meeting, a particular organisation might offer some means of transport to pick him up for the function. The Energy Minister, Professor Mike Ocquaye, on his part, explained that Mr Asante was asked to step aside in order to allow for unimpeded investigations into the allegations of corruption made against him. “It is entirely without prejudice. Nobody is assuming any foregone guilt on the part of any person,” he said. He explained that in matters such as the one being levelled against Mr Asante, it was important that the allegations were thoroughly investigated. He said based on press reports and allegations from sections of the workers, he met personally with the executive secretary and the workers. The minister said he felt that the only way to get to the truth was for the person against whom allegations were being made to step aside so that after thorough work had been done and the truth established, “the executive secretary could go back to the office without headache and all kinds of allegations hanging on his neck”. The minister declined to be drawn into the buck-passing game displayed by Mr Asante in sections of the media, saying, “l am not interested in accusing anybody of malfeasance.” “l do not want to trade accusations when the truth has not been established. This is because, in the end, if the man is found to be innocent, a lot of harm would have been done to his reputation,” Prof Ocquaye added. He said a number of issues had been raised in connection with the operations of the Energy Commission, noting that public interest demanded further enquiry and appealed to everybody to co-operate in that regard. He gave the assurance that he would endeavour to ensure that the matter was looked into impartially and dispassionately. Professor Ocquaye pledged to ensure maximum publicity for the outcome of the investigations to put minds at ease.