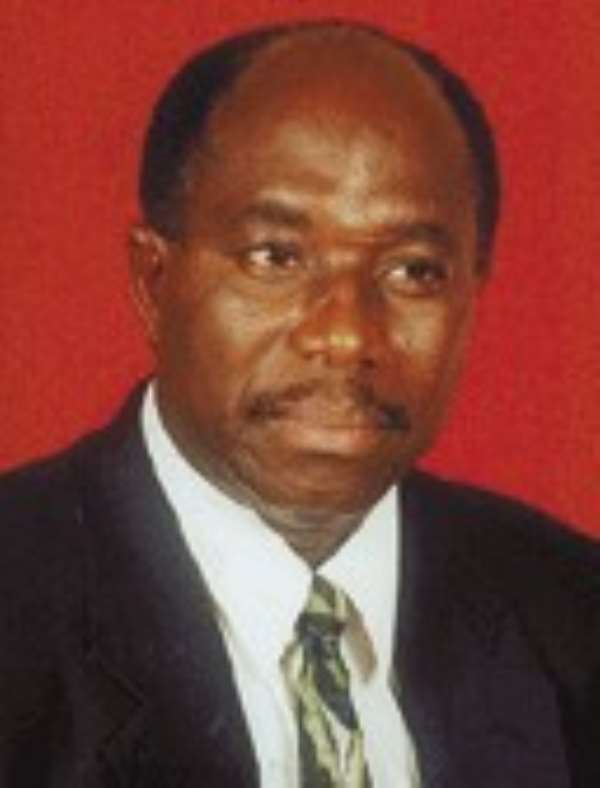 THE PRESS Secretary of President John Agyekum Kufuor, Mr. Kwabena Agyepong, has clearly stated that the government is uncomfortable with the “Darling Boy” of the President, Dr. Richard Winfred Anane, Minister of Roads Transport.

Mr. Agyepong who refused to do his normal defensive work for the government, over Dr. Anane, who is currently under intensive pressure over his involvement in the Ghana International Airway saga, said the minister has a lot of problems.

His comment came when he was quizzed on Joy FM yesterday, on whether the President still had confidence in Dr. Anane.

“I am not holding brief for him, he has problems: issues that all of us have felt uncomfortable about. But we are human beings,” he said, adding that, “Dr. Anane is a human being” and that he had sometimes been displaying certain attitudes that might not “suit the interest of President J. A. Kufuor.”

“He can't get everything right, we are all humans, so if Ghana Airways is becoming a sticking problem or has become a sticking problem, we are honest to say that we are looking at it. We would do our best and act in the best interest of our country,” Mr. Agyepong asserted.

Mr. Agyepong, who refused to go into the nitty-gritty of the feelings of Mr. Kufuor about his “darling boy,” said, the President's next line of action against Dr. Anane lies in the inner workings of government.

On whether Dr. Anane's is immune to dismissal, since he has a lot of problems, he flatly denied it, saying, “It is not true. No one in the government is 'unfireable.'” but accused the media of exaggerating and inflaming the problems of Dr. Anane.

He took the opportunity to explain that the aviation portfolio was no more under the supervision of the Ministry of Roads and Transport, but the Ministry of Presidential Affairs.

He expressed concern about the expectations of people from the government, after winning the presidential elections and admitted that though the honeymoon was over, it was rather unfortunate that this year had been very tough for the government.

Touching on the attacks that the government is receiving as a result of economic hardships, the press secretary said, “People enjoy when they bash government. I don't know whether they think that, that is the way forward. But our view is that government is accountable to the electorate, we want to secure the business community.”

Touching on the decongestion exercise, he said Accra has exploded beyond Adenta, so it could not be managed the same way it was managed 20 years ago.

According to him, “When you want to take decisions to enforce laws, especially when behavioral patterns have developed over decades, you have to look at the social ramification. That is why there is a need for better preparations.”

He stressed that no one had undermined the authority of the Accra Metropolitan Assembly (AMA), but what was going on was unhealthy, so they were asked to hold on so that the government could take a pragmatic look.

He said the recent backtrack in the decongestion exercise was not essentially politics, but they could not visit suffering on people unduly.

“These people were trading in the wrong place, illegal areas which did not happen over night, and therefore when you are going to remove them you can't do so with the stroke of your pen or the string of a rod, it's a continuous exercise,” he emphasized.