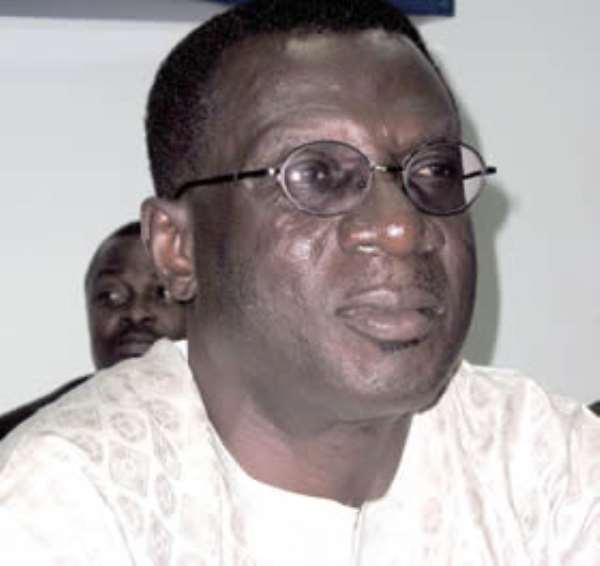 The Government has suspended negotiations with United Rail Limited, Ghana, the company with which it is discussing the rehabilitation and management of the railway.

The action is to enable United Rail to modify its proposals to factor in projections from earnings likely to accrue from haulage of bauxite from Kibi, which is expected to be a key feature in railway operations in the next few years.

The minister for harbours and railways, Professor Christopher Ameyaw-Akumfi, told the paper yesterday that the decision was taken because United Rail's fee payment package did not factor in the Kibi bauxite project.

The bauxite project, which is likely to take off in about three years, would use rail transport and this is expected to be factored into the total revenue base projections of United Rail which would inform it on how much it must pay to the Government as fees.

Prof. Ameyaw-Akumfi explained that in the initial discussions with United Rail the issue of haulage of bauxite from Kibi did not feature because no investor had committed itself to exploiting the deposits.

However, with Aluminum Company of America now committed to mining the deposits, he said United Rail, a United Kingdom-based consortium which is in serious negotiations with government, over the concessioning of the country railways ought to be given the opportunity to factor in the issue of earnings from the haulage of bauxite.

That way, the Government can also see its way clear in establishing the fees payable to it from such operations, he explained.

He said “the break-off would also allow the Government's team to hold further discussions on the issue of equity shares, among others before the resumption of negotiations around the third week of this month.”

Negotiations between the Government and United Rail resumed on April 26, after a three-week break at the instance of United Rail.