Marine Drive Project: Is It A Dream Come True? 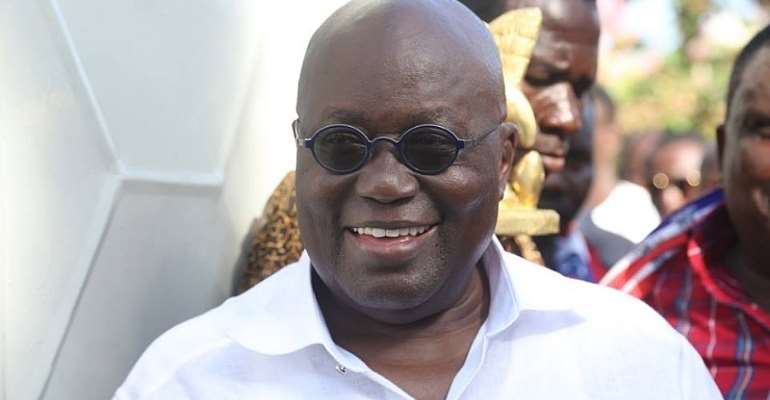 The dreamer dreamed building ta beautiful skyline in Accra’s beachfront 60 years ago. It was part of Ghana’s first President Dr. Kwame Nkrumah’s dream---putting Ghana at the top rung of the economic, socio-political ladder or as a champion of the African continent.

Unfortunately, the dream (Marine-Drive-Project) was dunked in a pool of abandonment and its revival would since be shaped by time and fate. Hope. Hope remained the only life line for her. Six decades on, indications are that the new NPP-administration plans to commence the Marine-Drive Project two months from now after a sod-cutting ceremony by the President Akufo-Addo.

It reminds me of this story: While on a visit to Johannesburg in South Africa a little boy asked his father if he could move the skyscrapers he saw from that beautiful city to Obuasi, in Ghana. Stunned by the question the father looked at his son and remarked:

“Kojo this is impossible. How can you do that?”

To which his son replied: ““Why is it not possible Dad?”

“Look how tall the buildings are. They’re so huge where would you put them-- on a boat, a train or an airplane? It’s just impossible,” the father explained.

“You’re right about that Dad,” the little boy submitted. “But I didn’t mean carrying the structures from here to Ghana. I was just curious. How come the two cities produce gold: Yet one has a charming skyline and the other has nothing to show off?”

“Kojo you never cease to amaze me with your poignant questions. Don’t worry, I will tell you more about that when we get back home.”

An imposing skyline is like a magnet--- she attracts visitors and tourists. She flaunts her glory and tells her story to the world. Her beauty is like diamond, enhanced by the morning rising sun as its glass windows sparkle. Its towering structures serve as canopy during sweaty sunny weather for its teeming inhabitants...

At sundown she sheds light upon the whole city, inviting revelers to dine wine, dance and prance at her numerous venues across the city. Ghana’s yet-to-be-built Marine-Drive project seeks to provide a picturesque skyline.

On Wednesday, a ceremony to hand over the 241 acres of Land for Ghana's Marine Drive Project was held at the Arts Centre in Accra. The 60-year-old project, the brain child of Dr. Nkrumah will house about 30 hotels, arts and craft village, conference facilities, fish markets and landing beach sites among others.

This was made known by the Tourism, Arts and Culture minister Mrs. Catherine Abelema Afeku. According to her the development of the project formed part of the New Patriotic Party's election 2016 manifesto pledge.

The sector minister also revealed after clearing the site, President Addo Dankwa Akufo-Addo was expected to officially cut sod for the commencement of the project in two months.

Is it a Dream Come True?
Truly it has been a long wait. And many were those who thought the project would never see the light of day. However what we witnessed yesterday was an indication that probably it was time for serious business. The assurance from the sector minister rekindled hopes and produced a sense of excitement. Certainly it was a hope for the country’s youth and a hope for tourism, art and culture in the country. So I am keeping my fingers crossed for the meantime, in the hope that everything will work out as planned. And I believe that’s the hope of many Ghanaians. It’s all about jobs, jobs and jobs. I don’t know the project’s workforce projection but whatever the case maybe it would be a feather in the cup for the administration if it’s able to execute the project as envisaged.

I can’t wait to see that work is in progress with bulldozers, earthmovers and excavators ploughing the site. The scaffolds and the cranes will cease to be a dream but rather a reality. And perhaps this write-up would remind the minister and the government that the whole world is watching them.

Mrs. Afeku told the gathering that the Ministry had received separate Memorandum of Understanding from two traditional houses, adding that, the Ministry would ensure that their demands were met as the project kick started.

Also the project would ensure that the indigenes especially the youth would be offered jobs. Not only that it would propel transformational development and that Ghana would become a beacon of hope in Africa, she said.

'We should endeavor to give the youth of the land priority over job seekers,' she said. That’s a good idea too. And I think it would help prevent acrimony and disenchantment which often greet many projects of the sort.

According to her, livelihood that would be affected by the project would not be marginalized and the right compensations offered.

She acknowledged that there had been consultation over the past 18 months with the stakeholders including those at the Arts Centre and debunked the assertion by people at the Centre that they were not informed about the project.

The minister said countries like Kenya, South Africa, and Seychelles have developed their sites and could now boast of Arts and Crafts Village which deals in various wares.

Gbese Mantse of the Ga Traditional Council, Nii Ayibonte II, recounted that the project site was known as Accra Hearts of Oak Park and commended the team for protecting the site over the years.

Nii Ayibonte was excited that finally the project would start and urged all to do away with bickering and litigations that may cause delay of the project.

The call for de-politicization was highlighted by the Gbese Mantse, reiterating that the project should be executed peacefully and must be devoid of politics.

“Ga State also needed to be developed,” he said.

There have been calls for government to also consider developing the Korle Lagoon which is close to Old Fadama near the Accra Business District.