Why AG Must Not Appeal Delta Force Fugitives’ Fines 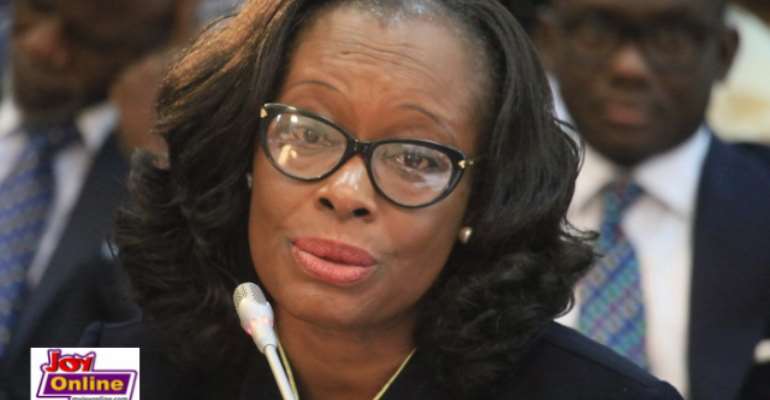 I never cease to be amazed by the scabrous level of chutzpah and alacrity with which scofflaws like Mr. John Oti Bless, the National Democratic Congress’ Member of Parliament for Nkwanta-North, in the Volta Region, would have the same laws of the land that they have proven themselves to have absolutely no respect for, applied to the gross misconduct of their main political opponents (See “AG Must Appeal Delta Force Escapees’ Fine – Oti Bless” Citifmonline.com / Modernghana.com 4/12/17). Indeed, as I vividly recall, Mr. Oti Bless almost lost his confirmation hearing for the post of Deputy Minister, precisely because he had been accused by some of his own colleagues in the august House of abjectly lacking the requisite character traits to warrant being appointed as a Minister-of-State. Even a Deputy Minister-of-State.

And so it is rather comical for Mr. Oti Bless to be calling for the judicial fining of the 13 members of the New Patriotic Party-affiliated Delta Force militia group to be appealed because in the opinion of the Nkwanta-North’s NDC-MP, the punishment meted the Delta Force fugitives, which is exactly what they were, was too lenient. Compare the foregoing with the outrageous case of the so-called Montie Trio, or Montie Three, made up of Messrs. Salifu Maase (aka Mugabe), Alistair Nelson and Godwin Ako Gunn, and it becomes annoyingly clear that it is only a criminally certified scofflaw who could claim that the Montie Trio’s threat to have Chief Justice Georgina Theodora Wood, a long-married woman, raped and several of her associate occupants of the Supreme Bench summarily executed deserved greater leniency than the members of the Delta Force, whose main criminal culpability was their attempt to escape from the law or justice.

Even as I write, the brutal assassination of Mr. Kenyeso, the Mahama-appointed District Chief Executive (DCE) of the Nkwanta-South Constituency, in the same neighborhood where Mr. Oti Bless comes from, by suspected elements of the National Democratic Congress, remains unsolved. Then-Candidate Addo Dankwa Akufo-Addo would be rudely and literally told to shut up by then-Communications Minister Dr. Edward Omane-Boamah and mind his own business. It is also significant to note that Dr. Omane-Boamah was part of the trio cabal, including Mr. Samuel Okudzeto-Ablakwa and the late President John Evans Atta-Mills, the Chief Sponsor of these two young upstarts, that imperiously defied the Wood Supreme Court’s decision in the Obetsebi-Lamptey state-owned landed-property and real-estate purchase case. In other words, these are the last covey of Ghanaian leaders with the moral right to impugn the integrity of either the members of the Delta Force or the members of the Akufo-Addo Administration.

We must also highlight the fact that the members of the Montie Trio would be sentenced to 4 months’ imprisonment each and fined GH₵ 10,000, in default of which payment their sentences could be extended. Needless to say, contrary to what Mr. Oti Bless would have his audiences and supporters believe, the GH₵ 10,000 imposed on each of the members of the Montie Trio was extremely lenient, in view of the undeniable fact that their threat of having Chief Justice Wood raped and several of her bench associates summarily executed, was literally tantamount to the overthrow of the Ghana government and, in effect, the dissolution of the sovereign status of the Democratic Republic of Ghana.

We must also underscore the fact that former President John Dramani Mahama, the Chief Sponsor and Patron of the Montie Trio, flagrantly used his executive powers to ride roughshod over the decision of the Supreme Court by having Messrs. Maase, Gunn and Nelson released from the Nsawam Mdium-Security Prison, after these criminal convicts had served barely half of their 4-month prison sentences. It is quite clear that, like most of his incurably partisan and pathologically cynical colleagues on the minority side of parliament, Mr. Oti Bless has little or absolutely no understanding and/or appreciation of the seditious and criminal implications of the decision by former President Mahama to trample the decision of the Apex Court in the matter of the Montie Trio.

The fining of the fugitive members of the Delta Force of the considerable sum of GH₵ 2,400 was perfectly proportionate and/or commensurate with the nature of the crime allegedly committed. We must also highlight the fact that the Delta Force 13 had turned themselves in to law-enforcement officials after being indicted on charges of assaulting the Asante Regional Security Coordinator, Mr. George Adjei, a bona fide member of their own political party. In other words, the two cases do not compare in anyway, whatsoever. Definitely not by any stretch of the imagination.

We must also add the fact that in issuing their threats against the Supreme Court judges, for flatly refusing to collaborate with Electoral Commissioner Charlotte Kesson-Smith Osei, to rig Election 2016 in favor of then-President Mahama, the Montie Trio had also made gloating remarks about the Mafia-style abduction and heinous and summary execution of the three Accra High Court judges, namely Justices Cecilia Koranteng-Addow, Kwadwo Agyei Agyepong and Sarkodie by assigns and surrogates of the Chairman Jerry John Rawlings-led junta of the Provisional National Defense Council (PNDC).

In sum, we are simply not talking about the mere expression of hateful and unpleasant free-speech in the case of the Montie Trio. Rather, we are talking about the real intent to do mayhem and to kill the finest representatives of the integrity of our judicial system.