IMANI Insight: The AMERI Power Deal Was Over Priced And Over Paid 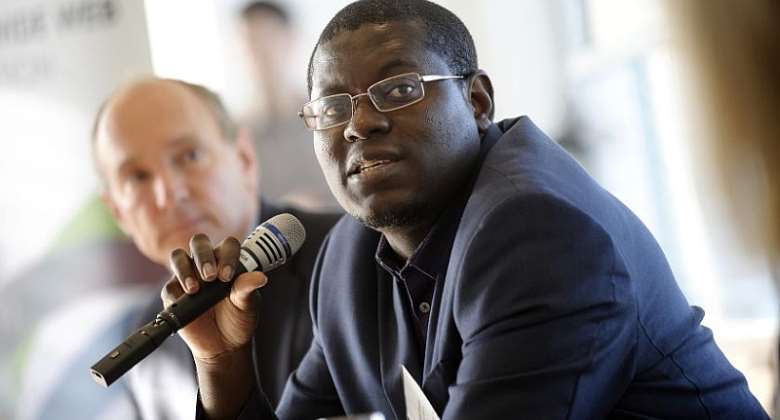 There seem to be so much misunderstanding over a controversial emergency electric power arrangement the previous Ghanaian administration made in order to reduce the crumbling effects of erratic power on the Ghanaian economy. Notwithstanding a 17-member enquiry set up by the current government into alleged illegality and financial impropriety, there is still lingering doubt over the prudence or otherwise of the deal and crucially what to do about it. The deal is named AMERI, after the Turkish brokers who may have made over $150m by simply playing a middle-man’s role.

One IMANI principal, Bright Simons has simplified the chain of events with competent comparators as explained below. It does seem a lot of irrational economics was at play in the purchase of emergency power called AMERI. Then again how does one behave in an emergency situation? The lesson from this botched deal is for us to think long term about solutions for our self-inflicted problems. We have had great power reform ideas on our table since 1994, but disruptive successive political arrangements have held us back. We even now have Americans prodding us to do the right things with almost a $1bn when the full MCC compact rolls out. We should take advantage and change the fortunes in our power sector for good. That should be the task for the new and future administrations.

IMANI Insight: The AMERI Power deal was OVER PRICED AND OVER PAID.

By Bright Simons.
Due to the growing need for countries to secure power supplies much more quickly than the time it takes for a normal power plant to be completed (anything from 5 to 20 years) an American company called General Electric (GE) has developed "power plants on wheels" or "power plants in a box" that anyone can buy and install quickly.

The plants offer power in various chunks so depending on your needs you buy a couple of the plant and integrate them together, add a few pipes and other gizmos, connect to the grid and voila you have a power plant! The engineers call this a "modular design".

GE makes a number of these plants. But the one that Ghana went to buy is called the TM2500+.

GE has sold thousands of these plants directly and through engineering partners. GE itself has a massive financing arm that enables prospective customers to obtain advice on how to structure the financing for these plants.

These plants are designed for delivery during emergencies so GE is very familiar with the financing needs of customers pressed for time and short on cash, and can recommend solutions.

Ghana needed ten of these plants to supply 256 MW. The plants are sold on the open market for $22 million each for the version that supplies 25MW. You can consider this a retail price.

We needed 256 MW and obviously wanted a financing option we could afford. So, we went to a company called Ameri to put together a turnkey project that will help us procure the solution.

Ameri went to a Turkish company called Metka which bought the equipment from GE. Metka brought in an affiliate called PPL that supplied the components and engineering manpower used to integrate the plants into a single whole. The ground works were executed at Ghana's cost by Engineers & Planners.

Ameri then signed an agreement with Ghana in which Ghana will pay for the plants over a period of 5 years in monthly instalments of about $9.9 million. Ghana obviously also pays for the fuel and other operational and other servicing costs. Think of this as 'hire purchase', or what the taxi drivers call, 'work and pay'.

Now here is where the mess confuses people.
There are two major aspects responsible for this confusion. A) The integration of the unit plants into an integrated whole, otherwise called the "balance of plant" and B) the cost of financing.

Because these are modular, compact, self-contained plants, the "balance of plant" is also more or less turnkey and is available on the open market. This is starkly different from what is the case when building a normal thermal plant. Dozens of projects examined show an average of about 10% of total plant cost going to balance of plant costing (for the Tm2500+ the balance of plant is often trailer-mounted and can be assembled in a few weeks).

This is based on open catalogue prices, not speculation. In fact, a tough negotiator can bring down the pricing as we have seen in Indonesia and Egypt, where per MW prices for some of these deals have gone as low as $500,000. Remember that in Ameri's case we are paying more than $2 million per MW in capital costs alone!

Now the question is: what financing cost would have been reasonable in a decent, above the board, transaction?

Let's start with what we actually paid.
In total, we've paid an effective dollar rate of 21% per annum amounting to $260 million in this deal. $110 million went to the people who actually procured the plant and did all the work: Metka/PPL and $150 million to the broker.

That 21% effective annual interest rate is the product either of criminal incompetence or sheer recklessness, which leads many right-minded persons to suspect underhand dealings.

The comparable cedi interest rate is 50% (accounting for the dollar-cedi inflation and exchange rate depreciation differentials). 50%!

Do we have even table-top sellers paying that kind of interest to microfinance companies in Ghana?

It is MADNESS for any sovereign state to borrow at such rates! But that is effectively what we have done in this Ameri deal! It is an implied loan at a cutthroat interest rate!

What is the history of project financing of similar deals in Ghana?

In November 2016, Ghana signed an IDA loan agreement to secure funds to lend to ECG, as part of a program called GEDAP.

How much was paid? 1.25%. Adding other costs the rate came to 2%. This enabled access to nearly $300 million to improve on electricity access. The government on-lent the money to ECG at 5.75.

Obviously, this was a concessionary loan but it sets the floor.

Let's take the other extreme: purely commercial loans sourced from local banks. So, assuming we had borrowed from a consortium of local banks to buy the plant outright and paid the banks over 5 years how much would we have paid? Let's even forget the benefits that would have brought to our financial sector, and focus purely on the project cost.

We can be guided by similar deals of recent vintage. Very recently, Cal Bank lent the ECG (not even the government of Ghana) $80 million to buy smart meters. What was the interest rate? 8.5%. 5-year term. 1 year grace period.

So, what would a sovereign country pay in in the commercial credit markets for a $250 million loan with no grace period and a 5-year term (note that often the shorter the term the better the rates) An extensive analysis of the OECD project finance database for emerging markets suggests 6%.

Had we borrowed $250 million over 5 years to buy the power plant-units and pay for the balance of plant auxiliaries what would the cost have amounted to?

$325 million.
How much would we have paid had we used the contractor alone without engaging any broker (i.e. such as Ameri)?

$360 million.
How much will we pay in the end because of using Ameri as the broker?

$510 million.
What is so difficult about seeing that a GREAT MISTAKE has taken place? Perhaps the worst such ‘swindle’ of the last two decades?

Bright Simons is an honorary Vice President of IMANI and Founding CEO of mPedigree.