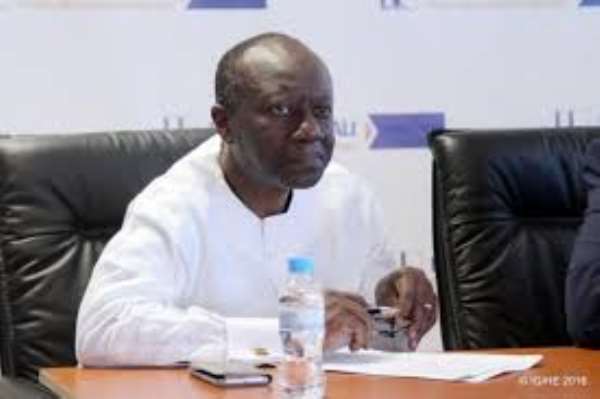 A new tax regime came into effect from March 31, 2017, following the amendment of some tax laws.

Parliament approved all four tax cut bills presented by the Finance Minister in the 2017 budget.

The passage of these bills give government the legal backing to implement its programmes enumerated in the budget.

Though all four bills have been passed it is yet to receive Presidential assent before it can become a law.

The Income Tax(Amendment seeks to amend the Income Tax Act,2015(Act 896)to exempt the gain on the realization of securities of companies listed on the Ghana Stock Exchange from income tax for the period 2017 to 2021

The Customs and Excise (Petroleum Taxes and Petroleum Related Levies) (Repeal) Bill, 2017, is to repeal custom and excise levies on petroleum products.

The amendment of the bills will give the government the legal backing to reduce taxes for businesses as contained in the 2017 Budget Statement and Economic Policy.

Parliament earlier on had approved the financial policy of the government of Ghana for the year ending 31st December, 2017.

However, the former deputy minister of finance, Cassiel Ato Forson, has accused the Nana Akufo-Addo administration of "deceit" over the abolishing of the VAT tax.

The budget, and the bill which was prepared by the government and laid before parliament seeks to abolish VAT on Financial services which includes non-life insurance and professional services in the nature of accountancy, investment and legal services.

But, Hon Ato Forson explained that, the minister of Finance changed his position in parliament to exclude professional services in the nature of accountancy, investment, legal services and non-life insurance contracts from the exempted provisions.

“Simply put, it is only aspects of the VAT on financial services that have been abolished and not the entire provision,” he wrote on his Facebook Wall. “Financial services companies that perform functions like accountancy, investment, legal services and non-life insurance contracts will still be subject to Value Added Tax.”

He continued: “What saddens me is that the budget statement stated categorically that government was abolishing the entire VAT provisions on all financial services. So, why this deceit? Mr Minister, who are you deceiving? Why change a policy document that has already gone through cabinet approval?”

He further accused the finance minister of inconsistencies in the reduction of the VAT rate from 17.5 percent to 3 percent.

The new Act seeks to amend the Value Added Tax regime and to mandate a taxable person who is a retailer or wholesaler for tax payable to a flat rate of 3%.

“Yet again, the inconsistencies are glaring,” he said.

“Contrary to previous commentaries by the minister of Finance during the Budget reading and debate that the government is going to give some tax relief by reducing the VAT rate from 17.1/2% to 3%, this has not reflected since a flat rate of 3% is numerically equivalent to the 171/2% VAT that allows the taxable person to net off his/her input and output VAT,” he said.

Although parliament has approved the removal of the levy, processes have not been completed by stakeholders to effect the change, hence spare part dealers who are expected to reduce their prices are unable to reduce prices.

A statement by the Ghana Revenue Authority (GRA) directed officers at the ports and customs to adhere to the implementation of the 1 percent special import levy.

Ampadu Siaw speaking in an interview said "Although the government has removed the import levy and that decision has also been approved by parliament, there is still some ongoing paperwork to ensure that the removal actually takes full effect, and so we are meeting with the Ministry of Finance and other relevant bodies and individuals to finalise everything. It is only after this that we will reduce the prices of spare parts."

"As we speak, there is nowhere in this country that we have reduced the prices of spare parts because we have not finalised the process," he added.

However, the Association of spare parts dealers at Abossey Okai in Accra says they do not feel betrayed if they do not enjoy the tax cuts announced in the 2017 budget immediately.

The traders were thrown in a fix when it emerged that they may not enjoy any tax cuts due to the rules and regulations regarding the common external tariff of the Economic Community of West African States, ECOWAS.

There were agitations from importers on Monday, April 3 after news broke that the spare parts dealers may not enjoy tax cuts as promised by government in the 2017 budget statement, at least not during the tenure of this government.

A review of the tariff can only be made after a minimum of five years.

But Chairman of the Association Joseph Paddy says they do not feel betrayed by this development.

“We do not feel betrayed; we know government has goodwill for us that was why it was even announced. “We trust the government and we know that these kinds of reliefs go through processes before they are implemented, so we are not disturbed,” he hinted.

Mr Paddy added that his outfit is hopeful and will continue to engage government on a mutual agreement.

“We are too much hopeful, where we have gotten to. We are hopeful. We are still discussing with government to make sure both parties are covered.

At the end of the day, it’s the consumer that has to be protected from abuse of these exemptions,” he assured. Meanwhile, checks by 3FM Business also revealed that some dealers have already reduced the prices of some of their wares even before the implementation of the tax cuts, due to the open market policy.

Apparently, the Ghana Investment Promotion Centre (GIPC) seeking a review of the tax retention policy captured in the 2017 budget and economic policy statement of government.

The policy, requires all companies, including importers, who qualify for tax and duty exemptions to pay their taxes upfront to be refunded in 30days.

Chief Executive Officer of the Ghana Investment Promotion Centre (GIPC), Yofi Grant, speaking at a meeting with the members of the American Chamber of Commerce in Accra said the policy needs a rethink hence the high-level meeting.

“I must say here that, a recent policy or statement that came out of the budget presentation that makes things difficult at the ports and for businesses is the tax retention, where companies are being asked to pay taxes upfront to be refunded in 30days. We have had a big meeting about it, and the conclusion was that it was a bit of a difficulty because if you are business and you came into Ghana with a net worth of about US$500 million and you have to pay these taxes to be refunded to you later, it could be a major cashflow issue. And it will also significantly and negatively impact on your business. So, we need to look at it and take it off.”

The high-level meeting comes on the heels of a March 21, 2017 letter from the Ghana Revenue Authority (GRA), signed by Commissioner Kuudamnuru John Vianney of the Customs Division, to all ports stations in the country, directing the implementation of the policy as captured in the budget and approved by Parliament.

The letter sighted by the B&FT states that: “The government had put in a policy that requires all applicants who qualify for exemption from import duties and taxes to make prior payments and then make a claim for a refund of the amount paid.”

The letter further directed the tax officials to immediately implement the policy, adding: “You are therefore to ensure strict adherence to the policy and report any problems for redress”.

Mr. Grant stressed the need for government to do more to make Ghana the investment hub and the first choice for any person thinking of investing in Africa.

“We also have to take off taxes on raw material for production, but before we do that, we need to clearly define what production and manufacturing is. That will let us know exactly who qualifies for these tax exemptions,” he said.

He was also of the view that; the business community will have to interact more with government in finding solutions to existing challenges and creating an enabling environment for businesses to thrive.

“There are still a lot of things that we ought to do, if we want to become an investment attractive country. Now, why the sudden real focus on investments? For those of you who have studied and followed the economy quiet closely. We inherited an economy that had a major fiscal challenge, because all our revenues were eaten up by recurrent expenditure, and so the government really has no fiscal space as we speak to do any development. But the government’s purpose is to create an environment where the people are happy by attracting investments,” Mr. Grant said.

Meanwhile, an economist and investment banker, Mr Alhassan Yakubu-Tali, has lauded the government’s decision to cut down or eliminate some taxes to enhance the growth of businesses in the country.

According to him, the imposition of taxes on businesses was a way of stifling the growth of the private sector, noting that they were punitive to their operations.

Mr. Yakubu-Tali who is also the immediate-past Chairman of the Germany Chapter of the New Patriotic Party (NPP) said the move by the government would yield the needed results in the shortest possible time.

“As a country, we have been preaching financial inclusion and with a checked banking record in the past, it did not make any financial sense to have imposed high taxes on financial services for instance.

“Therefore, the removal of taxes on financial services will give room for many people to access banking services and enhance financial inclusion,” he said.

2017 Budget
Mr Yakubu-Tali, who has wide experience in international banking, said the removal of taxes would encourage foreign investment.

He indicated that whenever foreigners want to invest in any country, they considered the tax policy and how it favoured investors, “hence the removal will pave way for a lot of them to come into the country.”

“The best way to attract the needed investment is not to overtax but to blend taxation with incentivisation.

“I would urge the government to go further and reduce or eliminate other unproductive taxes to help bolster local and international investor confidence in the economy,” he emphasised.

Mr Yakubu-Tali said he was optimistic that the government would succeed if it was able to implement many of the policies it promised Ghanaians in the lead up to the 2016 general election.

He said all that Ghanaians were looking for was a successful nation; therefore, everyone would be happy if the government succeeded.