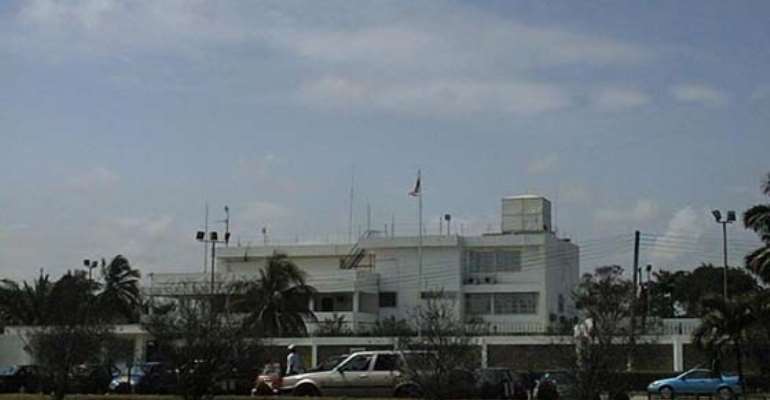 A Roman Catholic priest is asking a U.S. senator to help his mother in Ghana obtain permission to visit Pittsburgh and attend his graduation from Duquesne University.
The Rev. John Amankwah of Greenfield, a native of Ghana who became a U.S. citizen last fall, said the American embassy in the Ghana capital of Accra denied a request for two-month tourist visas for his 84-year-old mother, Mary Nsowaah, and his younger sister without explanation after they were interviewed.
"The woman told my mother, 'Your son cannot bring you to the United States,'" he said. "When my mother asked why, she said, 'I have no answer for you.'
"Immigration people can be rough," said Amankwah, who had paid a $200 processing fee and supplied required documents.
An aide to U.S. Sen. Rick Santorum, R-Penn Hills, intervened on Tuesday and has since advised Amankwah to file a second request and try to secure another interview for his mother immediately, said Christine Shott, Santorum's press secretary.
"Our office is working to help him prepare for the interview, when in fact it does happen," Shott said.
Santorum's office also e-mailed the embassy, asking for an explanation. The senator's letter emphasized the need to act quickly, since Amankwah will receive his doctorate in communications at a May 7 graduation ceremony on campus, Shott said.
"We've stressed the importance of taking some action, given the timing on this," but the embassy had not responded as of Wednesday afternoon, she said.
Immigration officials in Pittsburgh and Washington, D.C., could not be reached for comment yesterday.
Amankwah, 55, came to Pittsburgh in 1995 and has earned two master's degrees at Duquesne. He recently finished his doctoral dissertation and will receive a Ph.D. He has not seen his mother since last year, when he returned to Ghana to celebrate his 25th anniversary of ordination.
"She has prayed for me all this time to finish my Ph.D.," Amankwah said. "She used to tell me, 'If you finish and I die, I like it.' Now she has a chance to come and witness it."
When he first came to Pittsburgh, Amankwah was a priest in residence at St. Rosalia Parish in Greenfield, but he is no longer affiliated with the Catholic Diocese of Pittsburgh. While at the church, he struck up a friendship with a parishioner, Commander Kathryn Degler of the Pittsburgh Bureau of Police.
Degler later helped him secure a part-time clerical job with the city's Public Safety Department. He underwent a background investigation in order to work for the police department's Central Records and Reporting Unit, she said.
"He's been a help to us," Degler said. "It just seems like, why are we making it so difficult for people to leave (Ghana) and come here, when they don't intend to stay here? It's just so sad. She's up there in age."
Amankwah also taught a communications course at the University of Pittsburgh this semester, a university spokesman said.
His dissertation adviser at Duquesne, Associate Professor Janie Harden Fritz, described him as a bright student who was thoughtful and responsive to other students when he taught a communications course at that university.
"He loves people and ideas," said Fritz, director of the undergraduate program in the Department of Communication & Rhetorical Studies. "We think about doctoral education as being for the mind, but his heart and his soul are as large as his mind."