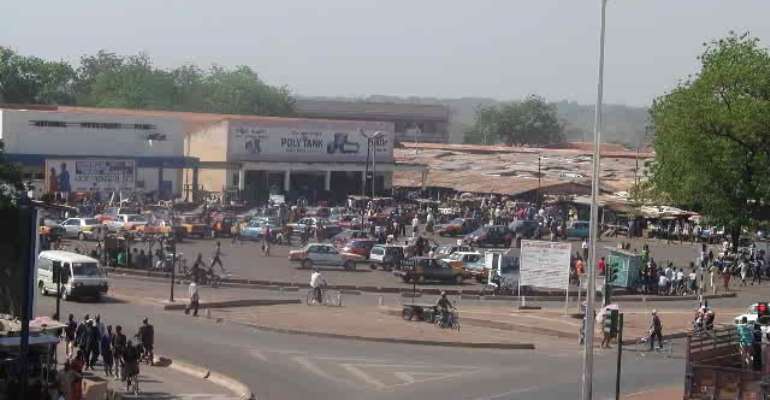 ...Indicted Minister For Tamale MCE A FORMER OFFICIAL of the ruling New Patriotic Party (NPP) administration indicted by the government-established Wuaku Commission, which looked into the scandalous deaths of the late Ya Na Andani II and 30 others, has been penned down for the job of Municipal Chief Executive (MCE) of Tamale, the northern regional capital.

Prince Imoru Alhassan Andani, former Northern Regional Minister, who was pencilled-in for prosecution by the Wuako Commission, may have his one-time job as a former DCE of Tamale returned to him unless the inevitable happens, GYE NYAME CONCORD has gathered.

The possible appointment of Prince Andani, presently an Executive Director of Management Aid, a non-profit organisation, to the MCE post has already raised eyebrows within informed circles in both Accra and Tamale, with some questioning the impact the appointment could have on the security situation in the already charged atmosphere up north.

Three youthful supporters of his campaign team – Yakubu Napari, Afa Amadu (a.k.a. Iran/Iraq) and Abu Hani al Basha were murdered in his constituency during campaign for him in the December 2004 elections.

Efforts throughout yesterday to reach Mr Andani, who is presently pursuing a post graduate programme at GIMPA, Accra, failed. His cell phone appeared to have been turned off, according to messages gathered on phoning his mobile network.

It was unclear by press time which power base in the NPP was behind his possible appointment, but insiders of the ruling party were divided over the wisdom behind such an appointment, with some suggesting that such a slot might aggravate the Abudu/Andani conflict in Dagbon.

Already, intelligence reports picked up by this paper last week suggested that the Andani faction of the conflict might announce a pull-out from the mediation process of the three prominent chiefs – the Asantehene, Nayiri and Yagbon Wura.

Sources say Prince Andani's father was originally an Andani who decamped to the Abudu gate over a chieftaincy issue.

Significantly, the Wuaku Commission, which was tasked among others to identify those responsible for the events in Dagbon “and resultant deaths and injuries of persons and to recommend appropriate sanctions or actions against any person found to have caused, been responsible for or been involved in the violence and the resultant deaths and injuries,” recommended that Prince Andani “should be charged with criminal negligence.”

The report said “He indiscreetly lifted the curfew in Yendi and the ban on the celebration of the Bugum festival imposed by the REGSEC and ratified by the Minister for the Interior. His negligence led to the escalation of the conflict.”

The Commission also noted that even though Prince Andani “had the authority by the Curfew (Yendi) Instrument 2002, to suspend the operation of the curfew… as and when he thinks fit, his decision was hasty, indiscreet and against all caution and admonition by the security agencies.

“His perennial absence at post, before and during the crisis constitutes a dereliction of duty in an emergency situation,” the Wuaku Commission, which was made up of Mr Justice I. N. K. Wuaku, Professor Kwesi Yankah of the University of Ghana and Mrs Florence Brew, an Educationist, concluded.

But in the face of these finding and the government's own acceptance of it in a White Paper, close aides of the former DCE/Minster and deep throat sources close to the presidency say until there is a change of heart, Prince Andani would be sent back to the post that Justice Wuaku and his team believed he failed to hold.

Interestingly, the Government's White Paper issued on the Wuako Commission's Report recounted the “hasty lifting of the curfew and the ban on the celebration of the Bugum festival” by Prince Andani “as other contributory factors to the eruption of violence.”

It however indicated that the charge of criminal negligence recommended by the former Supreme Court judge and his two colleagues was unknown to the law.

“Government has taken note of the Commission's recommendations that the former Regional Minister, Prince Imoru Andani, who under pressure from the late Ya-Na, Yakubu Andani II, lifted the curfew and the ban on the celebration of the Bugum Festival, and thus set the scene for the carnage, should be changed with “criminal negligence”. Even though his conduct merits censure and a reprimand, Government is unable to accept the recommendation since there is no evidence that his conduct was motivated by ill-will or any sinister design. In any event, the offence of “criminal negligence” is unknown to our law. In the circumstances, Government will decide on appropriate action in his regard.”