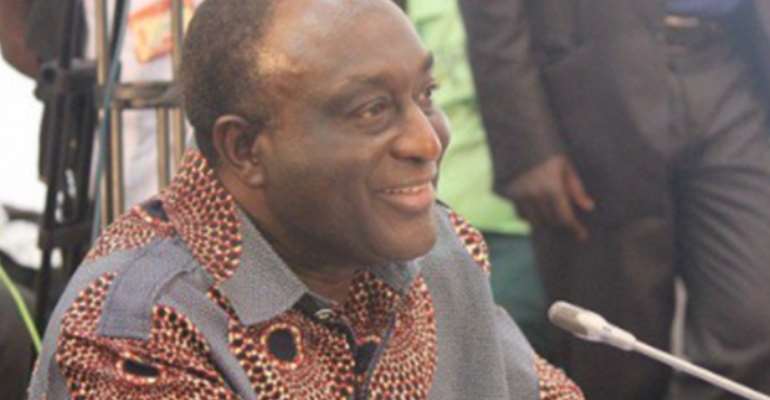 THE MINISTER of Trade and Industry, Alan Kwadwo Kyerematen, says the government is ready to reverse the near decade-long trend where industrial establishments lost staggering numbers of their workers as a result of poor economic management and challenges in the supply of electricity.

According to him, industrial jobs will soon come back in force as the government offers stimulus package for private businesses in the manufacturing sector to undergo a renaissance.

Addressing a teeming crowd of New Patriotic Party (NPP) supporters at a thanksgiving rally in Kumasi on Sunday, the minister disclosed that the government had outlined 10 programmes for job creation in the country, one of which he claimed, is the stimulus package for businesses.

Mr Alan Kwadwo Kyerematen (popularly called Alan K) mentioned the 'one district, one factory' project as well as the creation of an industrial park to bolster manufacturing in all the 10 regional capitals, as some of the well thought-through programmes to ensure job creation.

The minister said Kumasi and its environs would be made an industrial zone, and steps would be taken to complete the Boankra inland port project to facilitate trade and support industrial setting.

”Government is leading the revival of manufacturing in Ghana to boost the economy and create jobs for our people. This is one of the many things for which we were voted. When you walk through the street, job wafts through the air, and we want to give the assurance that industrial jobs are coming,” Mr Kyerematen stressed.

Minister of Youth and Sports, Isaac Asiamah, said the government would create jobs through sports and urged the youth of the country to take advantage of the opportunities that would be made available.

He also called for support and prayer for the NPP government to succeed in its quest to transform the nation – after many years of hardship and suffering.

The Minister of Food and Agriculture, Dr Akoto Osei, revealed plans by the government to revamp the sector and create wealth for people involved in agriculture.