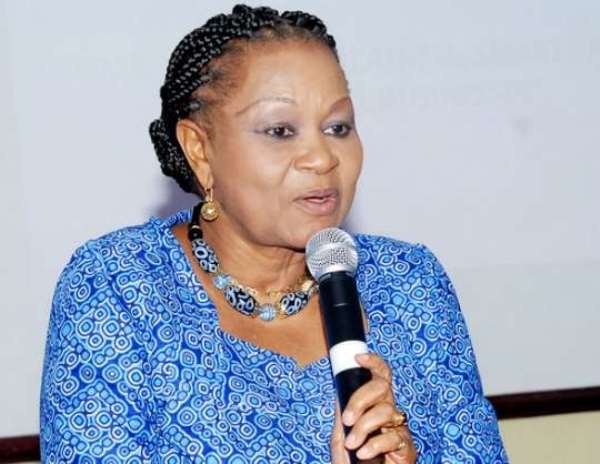 The organisation now occupies the first two floors of the Seed House building.

Reverend Dr Joyce Aryee, who is the Chairperson of the Advisory Council of Compassion International Ghana, cut the tape to officially commit the office for operations, and praised God for the growth of the organisation.

She said although the Organisation had over the years been working tirelessly to reach all vulnerable children, especially those living in deprived communities, the task had been very challenging.

She expressed the hope that with its current spacious offices, 'the Lord will reveal the harvest more and more to us', to be able to expand the support required by these needy children to help release them from poverty and make their lives better.'

Mr Padmore Baffour Agyapong, the Country Director of Compassion International Ghana, said the organisation currently provided life-changing benefits for 73,339 children, most of whom were housed in centre-based facilities for their sociological, educational and cognitive development, and also ensured income generating abilities for the care givers for their empowerment against poverty.

The Organisation currently has 287 church partners in seven regions of the country, and hope to expand strategically to the three regions of the North to affect more lives.

He however raised concern about the current difficulties confronting the organization with respect to the payment of school fees, saying about 3,357 of its beneficiaries were currently due to enter the Senior High School (SHS).

'We therefore welcome the free SHS policy of government as good news for the Compassion's agenda and goal'.

Mr Agyapong said 'we have 87 of our beneficiaries in the public Universities', thus the government's recent budget announcement to give incentives to companies who would employ fresh graduates without any work experience, was a great sign of hope.

He said with an operational budget of 33,000 Ghana cedis and a thousand children at its inception in 2005, the organisation had grown its working capital to 88 million Ghana cedis with over 73,000 beneficiaries, and estimates over a hundred million cedis in 2017.

He said the organisation dealt more with inner cities and Zongo communities where poverty was more prominent, and intended to focus more on resilience rather than responses to disasters in these areas.

He said apart from the educational support for their beneficiaries, Compassion also provided access to potable water, quality health care as well as infrastructure such as computer and science laboratories to these deprived communities.

He thanked all their partners, including faith-based orgainsations, the Domestic Violence and Victim Support Unit (DOVVSU) of the Ghana Police Service as well as traditional leaders for their immense contributions over the years to the equitable development of children in Ghana.

Inside Politics: Political Quotes
Catch up with all the political quotes from our politicians.
Sponsored
More Social News
Modern Ghana Links
Police to start random vehicle checks to enforce face mask directive
Akufo-Addo lied in his tribute to Rawlings — Sekou Nkrumah
Mortuary is not a pleasant place, we don't have sex with dead bodies — Workers deny claims
Your action was terribly unfortunate — Ablakwa to Priest who threatened to call soldiers on drummers at Rawlings' burial ceremony
Police made me stand in the sun for 5hrs for not wearing face mask – 90year-old-man
Working with Rawlings was tumultuous — Joyce Aryee eulogises
Living by Rawlings’ principles better way of honoring him – Kofi Adams
Place Rawlings on positive side of Ghana’s political history – Huudu Yahaya to Ghanaians
Agona: Family of 17-year-old 'mistakenly' shot by military taskforce demands justice, compensation
Election Reports Quotes Dossiers
TOP STORIES