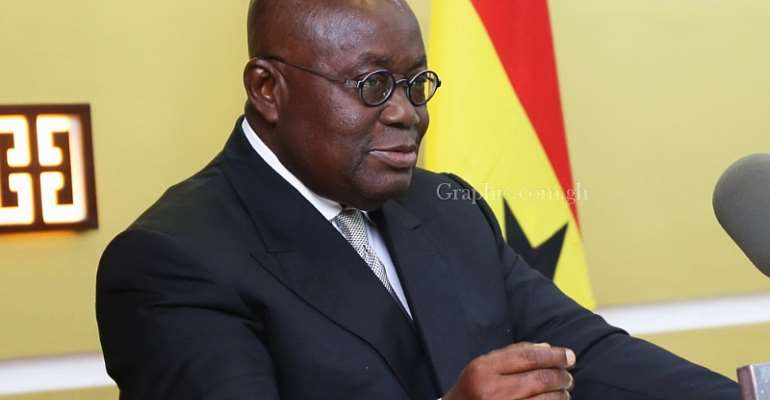 President Nana Addo Dankwa Akufo-Addo does not have the fortitude to fight illicit small-scale mining (galamsey) in the country because some members of his party who may have financed his campaign are directly involved in the business, David Agbey, a security expert, has said.

According to him, this is the time those financiers of his campaign feel they can rake in more money as a way of recouping what they invested in the campaign, a situation which makes it difficult for the president to actually ensure that the issue is brought under control.

Speaking in an interview with Emefa Apawu on 505 on Wednesday April 5, Mr Agbey, responding to a question regarding the ability of Mr Akufo-Addo to fight galamsey, said: “I think that the president will not be able to do that.

“In real terms, in terms of business sense, people have invested heavily in prosecuting the agenda that the president becomes president and this is the time that they believe that they can also enrich themselves by mobilising all forces such that they will be able to step in to do massive galamsey. It is quite a thorny issue as we are talking.”

Meanwhile, John Peter Amewu, Minister of Lands and Natural Resources, has said the resolve of the Akufo-Addo government to clamp down on illegal small-scale mining in Ghana is not in question.

According to him, the commitment of the president has trickled down to all his ministers, hence the aggressive approach towards ending the menace.

His comments come at a time the Alliance for Social Equity and Public Accountability (ASEPA) has charged President Nana Akufo-Addo to show more commitment in dealing with illegal mining.

According to ASEPA, it was time for the president to be proactive beyond rhetoric in order to deal with the menace.

“Illegal mining or 'galamsey' continues to claim the sanctity of our lands, water bodies, and vegetation and the practice continues to take root in our system because presidents over the years have not demonstrated enough goodwill to deal with the problem and the current president is not any different,” a statement signed and released on Monday, March 3, by Thompson Mensah, the Executive Secretary of ASEPA, stated.

But speaking on GHOne’s State of Affairs on Tuesday April 4, Mr Amewu said: “The political will is very high, right form the presidency to the ministry.

“The lives of 27 million people matter more than the 60 or 70,000 people engaged in galamsey mining.”

He further indicated that government was going to finance mineral exploration as a way of dealing with the problem.

He said water bodies and lands are mainly destroyed by these small-scale miners following exploration and so when the government takes control of that, these individuals would be directed to where the minerals are located, allowing for properly regulation.