S. Africa to defend failure to arrest Bashir at ICC 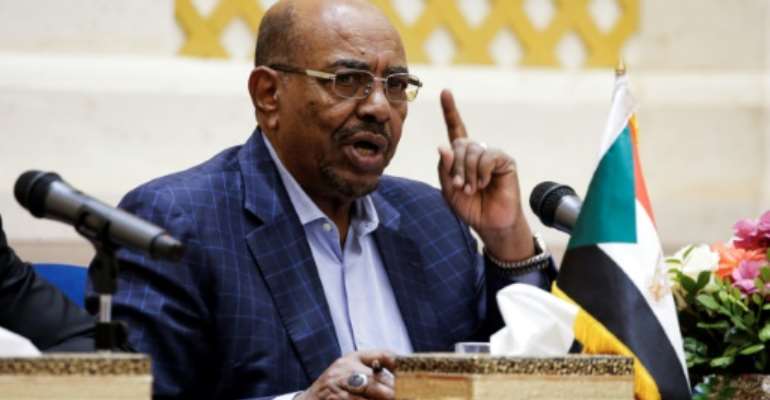 The International Criminal Court is to hear why South Africa did not arrest Sudanese President Omar al-Bashir on a 2015 visit over alleged crimes relating to the conflict in Darfur. By ASHRAF SHAZLY (AFP)

The Hague (AFP) - War crimes judges will Friday hear why South Africa failed to arrest Sudan's President Omar al-Bashir during a 2015 visit, as they mull whether to report Pretoria to the United Nations for possible action.

South Africa's lawyers will defend the decision not to detain Bashir -- wanted for genocide, war crimes and crimes against humanity -- at a hearing scheduled to start at 0730 GMT at the International Criminal Court.

At the heart of the matter is South Africa's refusal to arrest Bashir when he attended an African Union summit in Johannesburg in mid-June 2015, insisting he had "head of state immunity" and allowing him instead to slip out of the country under shadowy circumstances.

Judges at the tribunal based in The Hague will decide after the day-long hearing whether the southern African state violated its obligations by not arresting Bashir and handing him over.

Pretoria is a signatory to the Rome Statute which underpins the world's only permanent war crimes court.

In 2005, the UN Security Council asked the ICC to probe crimes in the western Sudan region of Darfur, where according to UN figures, some 330,000 people have been killed in a conflict between Khartoum and mostly black African insurgents.

The tribunal issued arrest warrants in 2009 and 2010 for Bashir for alleged crimes related to the conflict. He has steadfastly denied the charges.

But in its submission to the court, South Africa argued that "the circumstances within which South Africa found itself and the applicable law were not as clear cut as the Chamber is inclined to believe."

It insists that even if Bashir is wanted by the court it is "for the national authorities of the requested state to carry out the arrest -- and it is this act of arrest in the domestic jurisdiction of that state that is prohibited by head of state immunity."

The ICC's prosecutors have hit back, pointing out that in the past South Africa told Bashir he would be arrested if he set foot in the country.

"South Africa remained under an obligation to immediately arrest... Bashir if he entered South African territory," ICC chief prosecutor Fatou Bensouda said in a document to the court.

"Give the circumstances, it is appropriate for the Chamber to refer South Africa" to the UN Security Council for possible further action, Bensouda said.

The ICC does not have a police force to arrest wanted suspects and is dependent on member states to carry out such tasks.

South Africa's Supreme Court of Appeal has accused President Jacob Zuma's government of "disgraceful conduct" over Bashir's visit and ruled the failure to arrest him was unlawful.

Even though the UN Security Council has the power to impose sanctions, experts say an eventual referral will amount to little more than a slap on the wrist for South Africa.

"It's not the first time a state party country has failed to arrest Bashir and been reported," said Goran Sluiter, an international law professor at the University of Amsterdam.

"Unfortunately, I have to note that none of these countries ever felt any real repercussions," he told AFP.

Last year alone the ICC referred Chad, Djibouti and Uganda after they all hosted Bashir and failed to arrest him.

"The Council has yet to act to give effect to these decisions," Bensouda said in her latest report to the UNSC in December.

Bashir last week also attended an Arab League summit in Jordan, despite calls from rights groups that he should be arrested by the Hashemite kingdom.

In February, another South African court ordered the government to withdraw its "unconstitutional" bid last year to pull out of the ICC in protest over the Bashir incident.

Set up in 2002 to prosecute the world's worst crimes, the ICC has run foul of several African countries which accuse it of racism and a post-colonial bias against the continent.