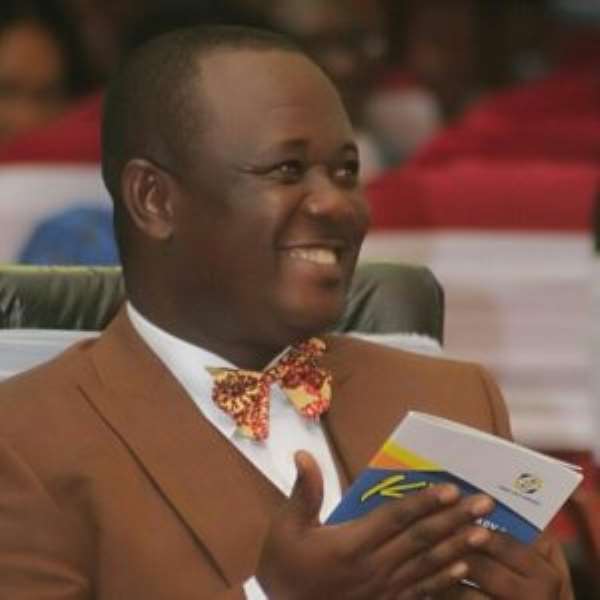 They have condemned Mahama Ayariga for peddling falsehood against his own colleague, for which reason they have called on the Speaker of Parliament, and Parliament as a body, to consider the expulsion of Mahama Ayariga from the House, as compensation for the constituents of Bekwai for the emotional and psychological trauma “our Rt. Hon Joseph Osei-Owusu had gone through lately as a result.”

The Member of Parliament (MP) for Bawku Central alleged last January, that the Energy Minister, Mr. Boakye Agyarko, attempted to bribe the minority members on the Appointments Committee.

The MP claimed the Minority Chief Whip, Mohammed Mubarak Muntaka, who is also the Asawase Legislator, had told the Minority that then nominee Mr. Boakye Agyarko had, through the Chairman of the Appointments Committee, Osei-Owusu, also known as Joe Wise, given them (each minority member on the committee) about GH¢3,000 out of a total GH¢100,000 allegedly gifted the Vetting Committee to influence his (Boakye Agyarko's) nomination.

As a result, the Speaker of Parliament, Rt. Hon. Prof. Aaron Michael Oquaye, appointed a committee of enquiry, headed by Joe Ghartey, which has exonerated the Bekwai MP.

Following the exoneration, the youth have called for the expulsion of the Bawku Central MP.

The youth, led by Eugene Osei Poku, Convener, Ibrahim Boabeng and Samuel Amoako, Spokespersons, at a press conference at Bekwai yesterday, said the exoneration of their MP was not surprising to them, because of the confidence and belief they have in the MP, who is known to them, and are convinced that Joe Osei-Owusu, a man of academic, professional and political record over the years, is without blemish and innocent, and could not have stooped so low for a bribe of GH¢3,000.

The youth noted that an allegation of bribery on this noble man was just a fruitless attempt to tarnish his hard-won reputation, and, therefore, not that they are baffled by the theatrical and fictional story meant by some honourable members of Parliament to blackmail their own colleague.

In a show of solidarity, the concerned youth urged the Bekwai legislator, considered as the hope and face of Bekwai and Amansie at large (Amansie Nsoroma), to focus on working hard for Mother Ghana, and be mindful of his steps, since there might be a calculated attempt to tarnish his hard-won envious reputation.

They pledged to continue to remember the MP in prayers, and support him to prosecute his vision of improving the lives of the people of Amansie.