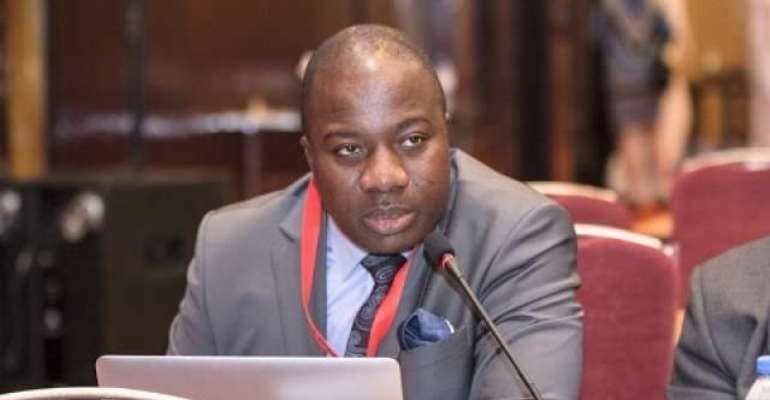 Coalition for the Defence of Equal Citizenship (CODEC) has urged the Member of Parliament (MP) for Bawku Central, Mr Mahama Ayariga, to appeal against the verdict arrived at by the committee set up to investigate the alleged bribery of Minority MPs on the Appointments Committee of Parliament.

According to the coalition, such a move was necessary to support the agenda of strengthening institutions of governance in the country and creating a just society devoid of corruption.

In a statement, CODEC said it believed that the most appropriate institution to have investigated the allegation which bordered on corruption was the Commission on Human Rights and Administrative Justice (CHRAJ), considering the obvious limited resources and self-imposed restrictions of Parliament.

It said its position, as established by legal principles, was that it was unfair on the part of the committee set up by the Speaker of Parliament not to have included in its ruling the evidence provided by the CCTV footage, with the excuse that it would expose the inner workings of Parliament and pose a security risk, when the committee did not shy away from applying the criminal standard of proof in reaching its verdict.

CODEC said while it commended Parliament for its investigations, “the attempt made by Parliament stopped short of delivering an impeccable verdict in the interest of justice and national development”.

It applauded Mr Ayariga, Mr Okudzeto Ablakwa and Mr Alhassan Suhuyini, sitting MPs, for mustering courage and ignoring the vilification and insults to bring the alleged act to the notice of the House and the nation.

It said in criminal cases, evidence could not be excluded solely on account of safeguarding national security.

According to CODEC, in Clause 83 of the committee’s report, it stated that “there were no accused persons before us, neither were there plaintiffs or defendants. All accused persons who appeared before the committee or submitted memoranda were witnesses assisting the committee to ascertain the truth or otherwise of the allegations”, yet it turned around and effected a conviction.

It was of the view that simply finding that there was no evidence to prove the bribery allegation against Mr Agyarko was enough and that the committee should have stopped there, not go on to convict Mr Ayariga.

It said to convict Mr Ayariga for contempt, without giving him a chance to cross examine those involved, did not augur well for the future of the country and made the quest for justice a very slippery slope.

Equalisation
Furthermore, it was of the belief that the committee did not delve deeply into the conflicting evidence presented by the Chairman of the Appointments Committee when he alleged that Mr Ayariga had told him that the bribery story had been concocted as an equalisation measure.

It said when the chairman subsequently said it was Mr Ablakwa who had told him the story had been concocted for equalisation purposes, the committee should have weighed all that carefully.