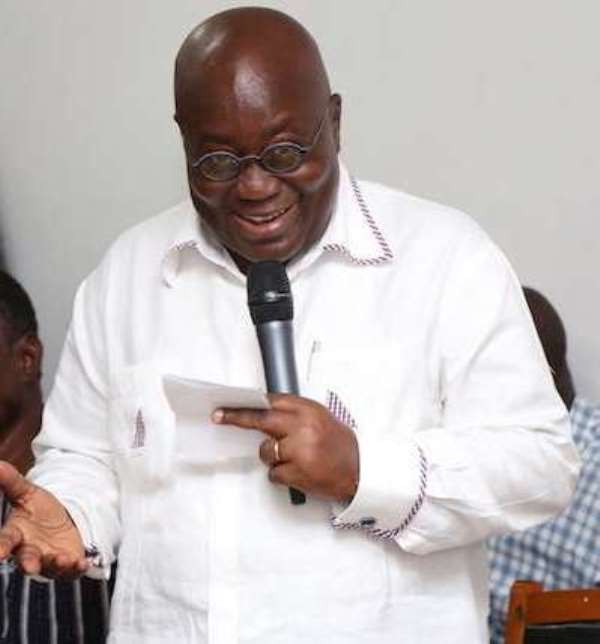 He indicated that growing the economy - making sure that it became more robust and resilient was an urgent priority.

President Akufo-Addo said they were eager to put the economy at a place that would create jobs and wealth for the people.

He was addressing a big crowd at the Jubilee Park in Kumasi on the last leg of his three-day visit to the Ashanti Region to thank the people for voting massively for him and his party - the New Patriotic Party (NPP).

President Akufo-Addo spoke of a comprehensive business-friendly environment, adding that, the city would be turned into the country's second industrial zone after Tema.

Kumasi has over the years been noted for its vibrant business and industrial activities, and has one of the largest metal fabrication enclaves across the continent - the Suame Magazine.

Again, it boasts of the largest open market in the West African sub-region alongside a thriving weaving, art and craft industry.

President Akufo-Addo stated that they had gone far with plans to establish industrial parks in all the 10 regions to encourage and support the development of local industries.

The overall economic agenda, he said, was to bring transformational change in all sectors of the economy to give employment and fight poverty.

He entreated local businesses to take advantage of the economic and industrial programmes to expand their operations.

Vice-President Alhaji Dr. Mahammudu Bawumia announced that a stimulus package would be provided to Ghanaian companies to grow and said this would be done with assistance from the Exim Bank and the Industrial Development Bank.

The pair, he said, would help to resource local businesses and industries to become more competitive.

He hinted that the National Investment Bank (NIB) was also going to be supported to provide credit to companies and reduce interest rate on loans.

Alhaji Dr. Bawumia also outlined measures to boost domestic trade by improving the retail market and seeing to it that there was compliance with the local content legislation.

Some Ministers of State, earlier took turns to speak about key activities of their ministries to transform the economic situation of the people and make things better. GNA