Occupyghana® Declares #redapril In The Fight Against Galamsey 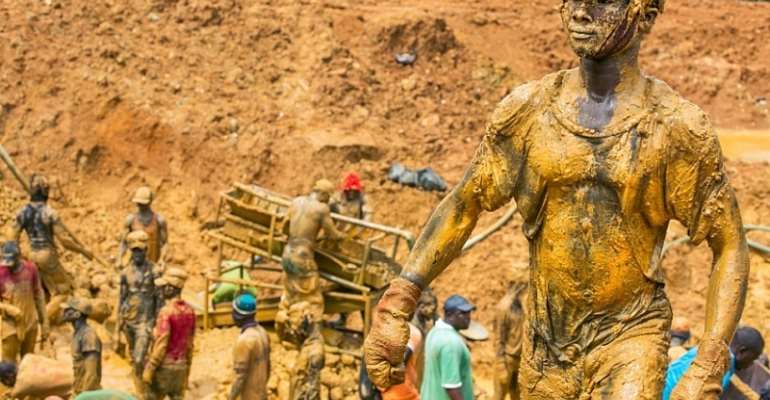 OccupyGhana® has studied the Galamsey phenomenon from all possible angles (social, economic, medical, legal etc.), and has concluded that there is and can be no conceivable justification for illegal mining to persist in Ghana. OccupyGhana® therefore calls on the Government to take immediate steps to,

(i) stop, prevent and then regulate all currently unlicensed and unregulated mining,

(ii) explore the provision of gainful, alternative employment to persons engaged in Galamsey,

(iv) be mindful of the potential national security threat that Galamsey poses.

In October 2016, OccupyGhana® sent a team to the Tarkwa area to study and report on Galamsey activities. The OG Team’s report paints a dire picture of the dangerous mix of a vibrant ‘Galamsey Economy’ that exists unrestrained and unchecked and in blatant disregard of the law, a huge industry organised through collusive effort between chiefs, other influential people in society such as politicians, law enforcement officers, farmers and the unemployed (now financed and equipped by Chinese operators and their Ghanaian front-men or competitors), the ruthless excavation of riverbeds and farms in the search for gold, the ruin of large rivers and streams, lakes and other water bodies (possibly permanently), the creation of gaping holes and concealed residue of mining activity left behind as death-traps, chemical residue that poison the earth and water, and the severe health challenges caused by Galamsey to its actors and others. Ghana is thus, not only being cursed with a future of thirst but also, exposure to cancerous diseases caused by the consumption of food grown on toxic land.

Before our very eyes, we are seeing a time-bomb that is waiting to explode – the desertification, deforestation and degradation of our land, erosion, pollution of rivers and other water bodies, and poor waste management. This cannot be allowed to continue for even a day more.

As we conclude our Report for submission to the relevant authorities, we hereby declare the entire month of April as #RedApril. We encourage all well-meaning and concerned Ghanaians, throughout the month, to create awareness and speak out against Galamsey. Let us then observe each Friday in April as a #RedFriday and wear some red apparel to reflect the sorry, new colour of our hitherto pristine water bodies, caused by Galamsey and as an optical and visual reminder to the Government that “our eyes are red” in our demand for immediate steps to reverse this trend.