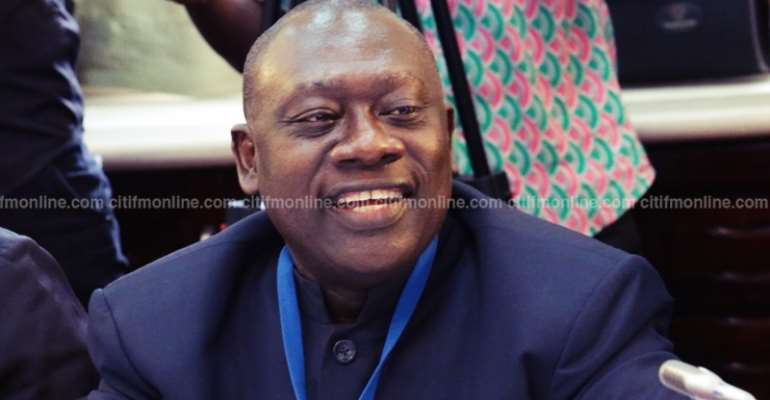 According to him, the claims were fabricated by some persons in the National Democratic Congress (NDC) government to smear him and the New Patriotic Party (NPP).

OB Amoah was a deputy minister at the Ministry of Youth and Sports when the government entered into an agreement with Waterville Holdings Limited in 2005, for the company to source for funds for the construction of stadia for the CAN 2008.

The Kufuor government later abrogated the contract with Waterville, and that led to a legal battle between Woyome and the state.

Woyome succeeded in receiving over GH¢51 million as compensation for his role, but it turned out later to be a wrongfully paid amount.

While a legal processes was ongoing to retrieve the money from Woyome, there were reports that O.B Amoah had received some GH¢75,000 of the judgment debt from Mr. Woyome.

But addressing the issue before Parliament's Appointments Committee during his veting, OB Amoah said, “Mr. Chairman, never. GH¢75,000, I've never seen that amount in my life. I think it was an attempt to indict the NPP administration as far as the stadium construction was concerned. But thankfully, because some of us have been in that ministry, we were able to set the record straight.”

“If you look at the Supreme Court judgment, or even the Justice Appau commission report, nowhere was OB Amoah or the NPP indicted in that matter,” he said.

“If indeed we wanted to make these payments and make probably something out of it, then we should have paid itbut we resisted fiercely that we were not entitled to pay a cedi outside what we had agreed to pay”, he added.

Take NPP’s money but don’t vote for them – Naana Jane to Asi...
27 minutes ago