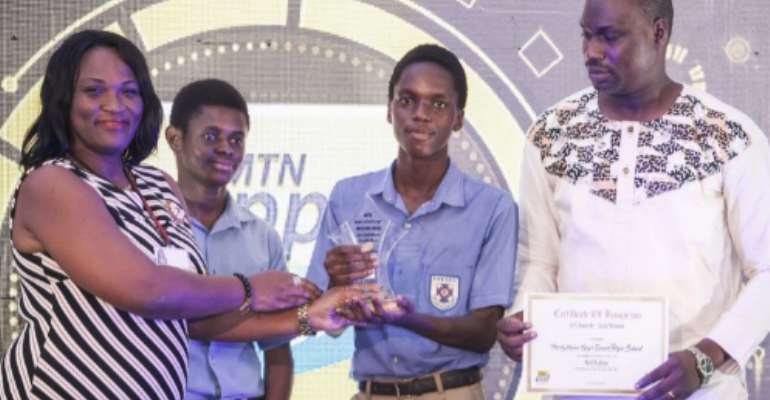 The Amatsii Search App also helps the general public obtain information about drugs and availability. Using the Amatsii Search app, individuals can search for drugs, check whether drugs are covered under the National Health Insurance Scheme and also identify a pharmacy with sufficient stock of a particular drug.

Speaking at the closing and awards presentation ceremony of the MTN Apps Challenge Version 4.0, CEO of Amatsii, Edem Money, said: “We are very glad and honored to have won this. It was a tough competition but we believed in ourselves that despite the stiff competition we would win.”

Chief Marketing Officer of MTN Ghana, Asher Khan, reiterated MTN’s commitment to help develop talent, especially in the digital space. “Individuals and organizations involved in digital developments are contributing immensely to the growth of their local economies,” he said. “We may not be moving as fast as developers in the developed world but we believe that gradually we will catch up with the rest of the world in growing our economies through digital projects. This is why we keep revising our categories every year to make room for what I call relevant and timely creative projects.”

Several other innovative app developers were celebrated and awarded at the ceremony. Apps like ”Pasco” and ”Counters Ball Pro” won Gold in the Education Freelance and Game & Entertainment Freelance categories respectively. Each group was given GH₵20,000 Huawei MediaPad device, a certificate, and a plaque.

Developers of the Gold winning app in the Animation Freelance and Lifestyle Freelance categories – ”The Bird and Kite,” and”AF Radio’” also received GH₵15,000 a certificate, and a plaque as a Gold winner.

”Smarter Gas” an app designed to help in fuelling cars, also won Gold in the Freelance Internet of Things (IOT) category and its developers walked away with GH₵15,000, a Huawei MediaPad device, a certificate, and a plaque.

“Monuments” app also took home GH₵10,000, a certificate, 10 laptops from IPMC, and a plaque for being the gold winners in the Animation Tertiary category, while Presbyterian Boys Senior High School emerged winners of the Senior High School (SHS) category, with their Red Button app. They received GH₵3,000, five Desktop computers from IPMC, and a certificate.

All the winners will be paid through Mobile Money.
The MTN Apps Challenge was launched in 2013 to identify and empower local App developers who develop locally relevant mobile applications. It is also in line with MTN Group’s aim of growing the App developer community in Africa.