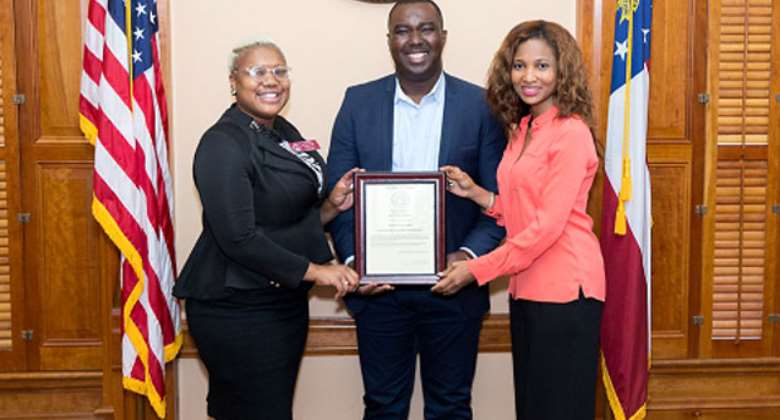 The award was presented to Mr. Sakyi-Hyde at a congress of the State of Georgia by Honorable Erica R. Thomas of District 319.