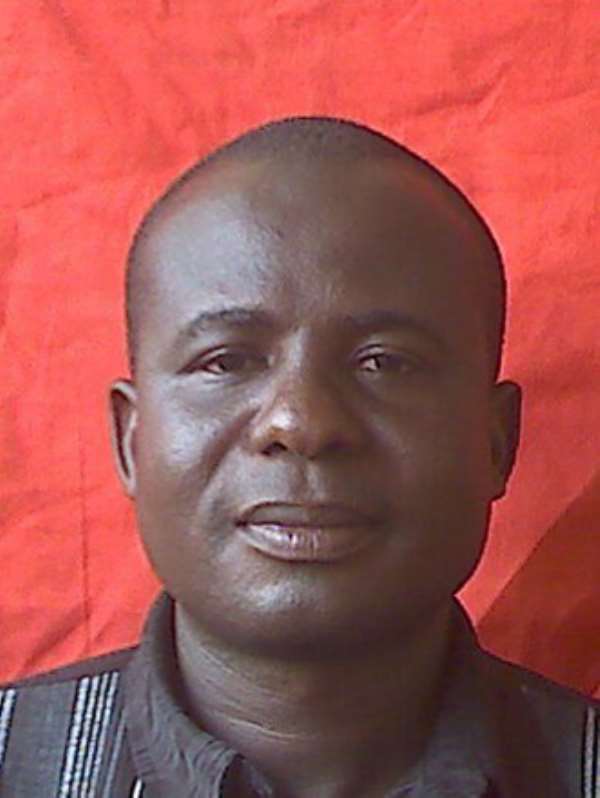 The Criminal Investigations Department (CID) of the Ghana Police Service has been directed to immediately cause the arrest of Naaba Abdulai Mohammed, brother of Collins Dauda, former Minister of Local Government and Rural Development under the previous Mahama administration.

A bench warrant issued by the Goaso Circuit Court, presided over by Mattew Kyeremanteng, stated that the accused failed to appear before the court to answer questions pertaining to five different cases leveled against him.

He has been accused of causing unlawful harm, conspiracy, threat of death, stealing, among others.

Naaba Abdulai Mohammed is also alleged to have led other accomplices to brutally assault some people.

The Director-General in-charge of the CID, DCOP Bright Oduro, was sent the message of arrest after he sent a police delegation from the Homicide Unit, led by Superintendent Hanson Gove, to Sunyani to re-investigate the confession of murder by Naaba Abdulai Mohammed.

The finding of the delegation was that even though there was no evidence of murder against the accused person, five cases were pending against him.

Touching on the cases, the CID boss said on April 30, 2016, at about 4:30 pm, the New Patriotic Party (NPP) Member of Parliament (MP) for Asutifi North, Joseph Benhazin Daha; the Vice Constituency Chairman,  Kwadwo Boakye and other party members went to the Ntroso Methodist JHS registration centre to observe the limited registration exercise organized by the Electoral Commission (EC).

The accused persons – Naaba Abdulai Mohammed, Issifu Adam, Mary Addae and Johnson Adjei, together with 13 others currently at large – emerged at the centre in four vehicles with pistols, machetes and other implements and subjected the victims to severe beatings.

DCOP Bright Oduro said the victims lost their monies and mobile phones in the attack.

Naaba Mohammed on May 8, 2016 wielding pistol and machetes, purportedly attacked NPP General Secretary, John Boadu, together with Madam Cecilia Gyan, then Asutifi South NPP parliamentary candidate and others at the Nkeseim CMB polling station when they went there to monitor the limited voter registration exercise.

Mr John Boadu and the others managed to escape but one of their members, identified as Oppong Appiah, was brutally assaulted.

The case was reported to the police and when the accused was arraigned before court, he failed to appear so a warrant was issued for his arrest on March 3, 2017.

The case has been adjourned to March 23, 2017.
Naaba, on November 11, 2016, shocked the entire country when he said on Agyenkwa FM that he would kill Kennedy Agyapong, MP for Assin Central, should he come to Asutifi South.

“The accused added that he is a murderer and has been killing human beings every day.”

He was invited by the police to give his statement but later granted bail.

When the case docket was forwarded to the regional crime officer for onward submission to the Director General of CID and the suspect was invited, he refused to turn up and so his surety, Alhaji Ahmed Mahama, has been asked to produce him.

In two other different cases, Naaba Mohammed was said to have organized some thugs to attack some NPP sympathizers who had reportedly gone to deliver cocoa spraying machines to some farmers.

Some of the victims, who were in critical condition, were transferred from the Tepa Hospital to the Komfo Anokye Teaching Hospital in Kumasi for treatment.