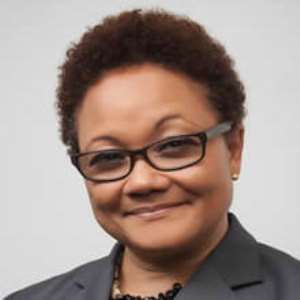 By Iddi Yire, GNA
Accra, March 28, GNA - The seven per cent loss in Ghana's gross domestic product (GDP) due to psychological distress can be reversed through Cognitive Behavioural Interventions (CBI).

Professor Angela Ofori-Atta of the University of Ghana Medical School stated in Accra said this on Tuesday.

Prof Ofori-Atta, who is a Clinical Health Psychologist, said findings from the study of Communities with High Incidence of Poverty in the Tamale Metropolis in the Northern Region, had revealed that the overall mental health state of people improved significantly during the 12 weeks of participation in a CBI.

Prof Ofori-Atta, who is also the President of the Ghana Psychological Association, said this during a public lecture in Accra on the finding of the study.

The public lecture, which was organised by the Ghana Psychology Association, was on the theme: "Wellbeing and Economic Growth: New Frontiers in Psychology, Economics and Public Health.'

Among the dignitaries that graced the occasion were Mr Ken Ofori-Atta, Finance Minister, and Prof Charles Mate-Kole, the Director of the Centre for Aging Studies, University of Ghana.

The study dubbed: "Escaping Poverty: Building Resilience", was conducted by the University of Ghana in collaboration with the Yale University and the Innovation for Poverty Action (IPA).

It sought to address the question: "The Economists: Can you build us a psychological intervention for people living in very poor communities, which would yield the same consequences as a cash transfer or a goat drop?"

She said the state of poverty increases risk for mental illness.

She explained that to address the situation, adult education must be absolutely encouraged.

She said CBI groups could be a low cost intervention in poor communities run through the churches and mosques, and the national council for civic education.

On the way forward, Prof Ofori-Atta said similar studies would be conducted in other regions such as Brong Ahafo and Ashanti.

She said there was the urgent need for the Ministry of Health, Labour and Employment Relations as well Finance, to jointly prioritise the incorporation of mental health care in all district hospitals at the barest.

Prof Elizabeth Bradley of the University of Yale, lauded Ghana's Mental Health Law stating that it was as good as that of the United Kingdom.

She called for the passage of a Legislative Instrument (LI) to enhance the implementation of the Mental Health Act in Ghana.

Mr Collins Agyemang Badu, an Industrial/Organisational Psychologist and National Secretary of Ghana Psychology Association, said there was the need for employers to engage the services of organizational psychologists as profitability is keenly dependent on multiple factors.

In his view, psychologists are versed in assessing individual, group, and organisational dynamics and thus use their research to identify solutions to work-related problems that improve the well-being and performance of an organisation and its employees.

'Engagement of psychologists is a bold step in initiating and facilitating responses to issues and problems at work as they serve as advisors and catalysts for business, industry, government operating machinery, public, academic, and health organizations,' he added.

2022 Budget brouhaha: Cooperation has suffered and will cont...
51 minutes ago