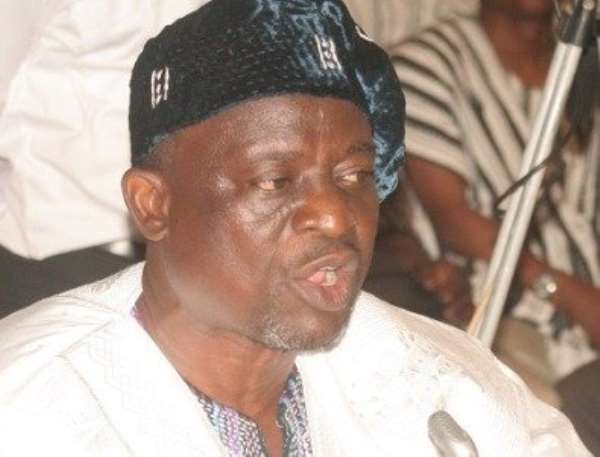 By Benjamin Mensah, GNA
Accra, March 28, GNA - Alhaji A B A Fuseini, the Member of Parliament (MP) for Sagnarigu, has made a strong case for the Government to make adequate resource and logistic allocation to the Ghana News Agency (GNA), and two other national media houses to rejuvenate their roles as strategic agents of national development.

The GNA is the nation's wire service, and the two other national media houses are the Ghana Broadcasting Corporation (GBC) and the Information Services Department (ISD).

The Government of Ghana, in the 2017 annual budget estimates had allocated an amount of GH¢141.078 million to the Ministry of Information, under which the three entities fall.

They House approved the estimates at the end of the debate.

Mr Mustapha Hamid, Minister for Information, seconded by Mr Ken Ohene Adjapong, Chairman of the Parliamentary Select Committee moved for the House to approve the estimates.

Alhaji Mr Fuseini, a professional journalist, and a former Night Editor of the flagship Daily Graphic newspaper, in a passionate contribution appealed to the Government to step in and make more resources available, and review the capping system of Internal Generated Funds (IGF) of state institutions to enable the beleaguered GNA and two other media outlets stand to function effectively and efficiently.

In rich proverbial language and anecdotes, the MP brought the attention of the House to the information, publicity and watchdog roles of the Media, and cautioned that insufficient resource and logistics allocation would turn them into a 'hungry watchman, who is a threat to society and property.'

Alhaji Fuseini noted that the ISD being affected by a litany of problems, making it struggle to come to terms with basic tools.

However, the amount allocated to Goods and Services is less than one third of the amount they used to have.

'The GNA is having serious logistics constraints,' Alhaji Fuseini said, and added that the lack of adequate logistics is affecting its operational efficiency, with reporters carrying old notebooks to assignments, against reporters from other media stations having the latest of modern gadgets and tools.

He painted a similar picture of logistics constraints of the national broadcaster the GBC, stating that it was important to retool it.

Alhaji Fuseini noted the capping to the IGF of GBC, which used to be 100 per cent in the face of public service institutions owing the Corporation to the tune of more than GH¢200 million.

He urged the Minister to 'sit with both the GNA and the GBC, to review fees and levies which were completely outdated.'

Earlier in seconding the motion, Mr Agyapong had noted that the Ministry had between 2013 and 2016, been subsumed by the Ministry of Communication, stating that the budget allocation was 'sincerely not enough.'

A Report of the Committee on Communications named the departments and agencies responsible for the implementation of the policies and programmes of the Ministry as the GNA, the ISD, the GBC, the Ghana Publishing Corporation, the Graphic Communications Group and the New Times Corporation.

A meeting of officials of the GNA with the Committee, they made it clear that the Agency was responsible for the collection, processing and disseminating truthful and unbiased information and news both internally and externally.

Over the years, GNA had kept its track record as a source of credible news and stories in Ghana.

The shortfall in the local news was attributed to the lack of vehicles to send reporters out and cover stories, and the few available vehicles procured 12 years ago were virtually unserviceable. In the circumstance, reporters pay for their own transportation to go and cover stories.

Consequently, when releases delay or are not forthcoming to enable the Agency refund transport allowances of reporters within reasonable time, they lose the motivation to go out to cover stories at their own expense.

Also, the Agency lacks the requisite staff due to its inability to obtain financial clearance to recruit.

The Committee noted that out of an amount of GH¢158,584 provided for Goods and Services in 2016, only GH¢40,696.62 representing 25.7% was released, thereby affecting the smooth operations of the Agency.

There was no allocation for capital expenditure.
'This means that the Agency may not be able to procure such items as vehicles and equipment which they so much require. They may also not be able to rehabilitate their office buildings,' the Report noted.

It suggested the need for the Ministry of Finance to make provision for capital expenditure for the Ministry should there be a mid-year reviews budget and also ensure that releases were fully made on time.

And on its generation of IGF from news subscription, the Agency found it difficult preventing people from taking their stories for free due to the advancement in technology which makes it easy for people to access information using various mechanisms.