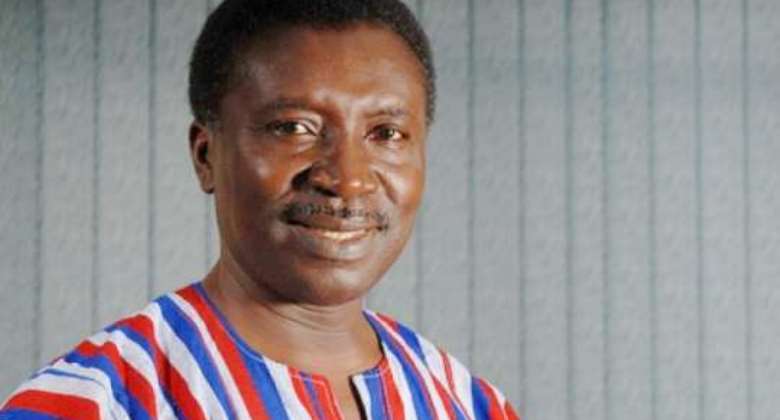 By Lydia Asamoah, GNA
Accra, March 28, GNA - Professor Kwabena Frimpong-Boateng, Minister of Environment, Science, Technology and Innovation, has appealed to state authorities, chiefs and individuals to desist from encroaching on public lands to preserve them for their intended purposes.

He stated:'This is a very bad thing that I am noticing everywhere, university lands are being encroached upon, CSIR lands in Farrakhan, in the Airport Residential area, in Fomesua, Kwadaso and here at the( Regional Maritime University(RMU) in Nungua, there is so much encroachment.

'I will beg and appeal to the authorities involved, our chiefs, the Tema Development Corporation and all the municipal authorities just to leave these lands alone because we need them to develop our nation. Our universities need land to expand.

'Please these encroachments must stop.'
Prof. Frimpong-Boateng said these in response to an appeal by authorities of the RMU to the Government to intervene in saving their land, which had been heavily encroached upon.

The Vice Chancellor of the RMU, Prof. Elvis Nyarko, who briefed the Minister during a working tour of the University, said most of the institution's land, had been taken over by encroachers, including a religious organisation.

He said the encroachment was impeding the expansion of the facilities of the School, which played a critical role in the maritime industry.

Commenting on the importance of the Maritime University, the Minister described the RMU 'as a very important facility to the nation that could help the country in the promotion of the study of Science, Technology, Engineering and Mathematics (STEM), with a specialty in the area of Marine Engineering and Transportation.'

He said the Government was very much interested in the School because it was offering STEM programmes.

'Even though RMU is under Ministry of Transport, we are here because we are promoting the study of Science, Technology and Engineering and Mathematics,' he explained.

'As we went around, we could see that this is a technical university that has specialised in Marine Engineering, Mechanical Engineering, Electronics, Refrigeration and Welding, and indeed some Junior High School students can come here and study proper welding so that they can work in merchant ships.

'The university is also training people working in Oil and Gas, and Safety Measures. We have a lot of things in this country and so if we are able to gather ourselves and focus to put things together, the sky will be our limit.'

He explained that the Government intended to make the teaching of the STEM subjects interesting to children all the way from the primary school to the university level to whip-up and sustain their interest.

The RMU's mandate is to train personnel for the Maritime, Oil and Gas and ancillary industries to acquire knowledge, excellence and discipline in academic, professional, vocational and research work. It also runs the International Maritime Organisation's mandatory and other short courses and seminars.