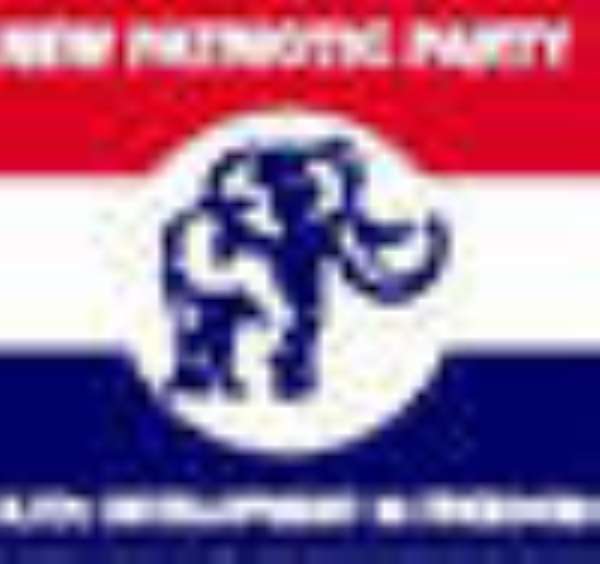 The price of complacency and inaction NPP: THE COMING ARMAGEDDON Asawase, April 25, Chronicle -- LULLED into a false sense of invincibility engendered by flattering newspaper reports alleged by some to be sponsored by bodies such as national security, the ruling New Patriotic Party rolled into battle last week at Asawase and found its engines failing them in the din of battle, their flanks dangerously exposed and facing a bloody massacre in the heart of their stronghold, Kumasi.

With virtually all their top generals on the battlefield, the main opponents, the NDC deployed their fearsome brigade, 'the Bawku boys' from Upper East, into the melee and they seized Kumasi, forcing the party in power into an ignominous flight in a blazing show of force and victory.

Only Jumah's boys put up some resistance as the NDC routed the NPP, with their top generals also on the battlefield but enjoying unusual, superb away match strength. But what has caused the most pain and panic in the NPP was the fact that the youth which constitutes the life and soul of the party, virtually abandoned ship and sent a stern warning that they were not going to fight for the party which had abandoned them, sent them scurrying from the pavements of Accra and Kumasi where they eked an existence even under the NDC, left them with no jobs and no hope, while corrupt Ministers like Richard Anane and their families who had constituencies specially carved for them to ensure their return to corruption and wealth, lived in silky comfort.

Madam Hawa Yakubu, one of the many top generals on the Asawase battlefied, fled for Accra after spotting the Bawku boys who seized power from her in Bawku Central, having a field day even in Kumasi, with the party in power helplessly looking on and their supporters telling them that they won't make any more sacrifices.

The ambassador who gave up his job to come and contest, lost heavily at his own polling station, beaten by a margin of over 100 percent.

Mr. George Ayisi-Boateng, a founding member of the party indicated that what Ghanaians witnessed at Asawase was just a protest vote against the NPP and urged the party managers to watch out.

“This is an indicator that we (NPP) must watch because, looking at the big shortfall and the voter apathy against the NPP, something is basically wrong,” he pointed out.

According to him, this is a serious sign of disaffection and disillusionment of the NPP supporters and sympathizers who cannot make out what is happening in government.

Another school of thought is of the view that the NPP's defeat could be partly blamed on the recent policies of the government aptly described “Wahala” by some opposition elements.

Nevertheless, National Chairman, Mr. Harona Esseku who spent much of the day away from the combat zone cooling his heels in his hotel room in Kumasi, believes otherwise.

At a press conference in Kumasi a day after the humiliating defeat, Mr. Esseku stated that the NDC won by sympathetic votes from the electorate since the demise of the former affable well-liked MP (as he described him), Dr. Gibril was still fresh in their minds and the least they could do was to vote for his party.

The NPP chairman said also that the campaign embarked on by their opponent (NDC) was not really fought on substance, issues and truth, but on tribalism, fear and verifiable falsehoods which were misleading.

“In as much as we don't want to take anything away from the victory of the NDC, we want to put it on record that the disrespectable campaign practices by it went on because they knew that whatever happened, both parties (NPP & NDC) would be somehow blamed as indeed they want the world to believe now,” he pointed out.

According to Mr. Esseku, the police and the media fell into the well-planned and communist-inspired tactics of the NDC.

He complained of an arbitrary impounding of their pick-up vehicles which were taken off the road by the police on trumped-up charges while tugs of the NDC were left off the hook to harass and intimidate the law abiding citizens of Asawase with impunity, an accusation that rang a trifle hollow. 'We lost the election partly because the NDC hired thugs who created nasty scenes by beating up known NPP agents at selected polling stations, fired guns in the air and attacked innocent bystanders and this scared them away from turning up in their numbers to vote,” he explained.

For the NPP, this bye-election result may be a wake up call or dress rehearsal for 2008. It is very possible that power will slip from their hands with cataclysmic consequences. They need to do an Obasanjo style purge within Government instead of deploying the coffee shop mafia to defend Ministers who soil their hands, and be proactive in living up to the promises to the Youth from Kumasi to Sekondi-Takoradi, instead of allowing Edumadze to fleece the premix committee to the disadvantage of the poor fishermen, particularly in the Central Region