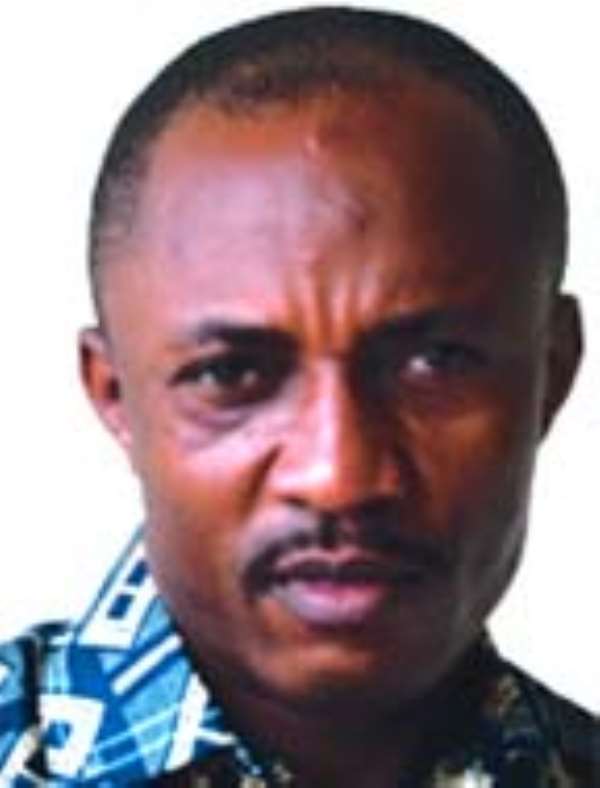 Accra, April 25, Graphic -- A LEADER of the Brotherhood Church of Cross and Star in Ghana, Apostle Sonny Anwanimi, has been busted for an alleged 419 scam. The Nigerian pastor, who operates under the Ghanaian name of Mr Mensah, is being held for conning two Iranians to the tune of $75,000. Police sources said with the support of fake letterheads of some leading banks in Ghana, including the Bank of Ghana, Apostle Anwanimi, the Head of the Odorkor Branch of the church, duped his victims with the false claim that he had inherited a legacy of $39 million and was looking for investment partners. The Deputy Director of the Police CID, Mr Patrick Ampewuah, who confirmed this at the weekend, said the two Iranians, Messrs Karim Abdulalizadeh Lowu and Khosrw Hassan Abadi, are businessmen, while the accused is a Nigerian pastor in Ghana. Mr Ampewuah said about a year ago, the accused person lured the first complainant (Karim Abdulalizadeh) into the country to supply him with X- ray films to be sold in Iran. On the Iranian's arrival in the country, the accused person put him up at the Tadomah Hotel at Ofankor and informed him that he had $39 million in a vault at the Bank of Ghana which he intended to invest in Iran. With fake documents to support his claim, the accused person succeeded in collecting $10,000 from the complainant for the supply of the goods and promised to order the X-ray films for delivery. According to the deputy director, the suspect returned later without the X-ray films, claiming that the money was not enough and demanded more to enable him to supply the items. The complainant did not have the extra amount required at that time so he returned to Iran and had $15,000 transferred to the suspect through the Metropolitan and Allied Bank, Mr Ampewuah said. He said whenever Karim enquired from Appostle Anwanimi about why the goods which had delayed in arriving in Iran, the suspect responded with the assurance that he was working on them. After some weeks, the suspect sent an E-mail to Karim that the goods were ready and invited him to come down with $50,000 to collect them. Mr Ampewuah intimated that Karim did not have enough money at that time so he informed his business partner, Khosrh Hassan Abadi, to assist. The two came down to Ghana on April 18, 2005 and the accused put them up at the Monrose Guest House at West Adenta and collected the $50,000 but still failed to deliver the goods as agreed upon. At that stage, the two Iranians became suspicious and reported the matter to the police, who arrested the suspect in a police swoop at the church premises last Wednesday. Upon interrogation, Apostle Anwanimi admitted the offence, and in his caution statement, he confessed collecting $75,000 from the complainants.
He further disclosed that the deal was initiated by his accomplices in Nigeria who referred the Iranians to him in Ghana and that 60 per cent of the money he collected had been paid to his Nigerian accomplices.
The remaining 40 per cent of the money, he said, had been shared with other accomplices whom he was yet to identify.
The Deputy CID Director said the accused person had, however, refunded $4,000 and had promised to contact his accomplices in Nigeria to return their share of the booty.