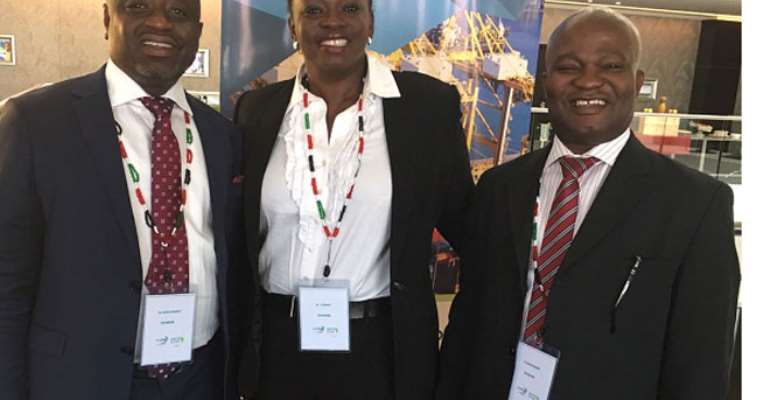 The 8th General Assembly of the African Alliance for e-Commerce (AACE) and 14th Executive Committee Meeting in Nairobi, Kenya, elected Cameroon and Kenya to assume the chair and presidency of the executive committee and general assembly respectively, with Ghana among one of the countries to occupy the five vice chair positions of the executive council for the next four years.

Commenting on Ghana's election to the vice chair position, General Manager of GCNet, Alwin Hoegerle, stated that “GCNet is pleased to have been recognised in this massive manner having been a founding member of the AACE. We still remain committed to our key strategic objective to provide reliable e-solutions that foster trade development and ensure effective revenue mobilisation in Ghana and beyond.”

Mr Hoegerle emphasised that GCNet consistent with its continuous innovative approach to  high service delivery will launch GCMS III later this year to expand the scope and modules of the current customs management systems (CMS) which should reflect in improved revenue mobilisation for the country.

The executive council and annual general meeting provided a platform for single window operators in Africa to share experiences, challenges and discuss strategies to speed up the implementation processes in their various countries with the trade facilitation agreement as the bedrock.

GCNet, Ghana's single window operator, shared its experiences in implementation of the single window alongside other participating countries, including Senegal, Kenya, Congo, Cameroun, Ivory Coast, Mauritius, among others.

Panelists at this year's AACE executive council meeting rallied global support to address challenges such as lack of political will, streamlining processes of SW operations, the regulatory framework, changes in the scope of operation while implementation is ongoing and funding and sustainability of SW business model. The AACE also pledged to support the implementation of the trade facilitation agreement.

The Africa Alliance for e-Commerce (AACE) is the umbrella body for single window operators in Africa and organises the international single window conference and exhibition annually to create a knowledge sharing platform which provides opportunity for other AACE members to share their specific experiences.

GCNet is a founding member of the Africa Alliance for Electronic Commerce (AAEC) which was formed in 2008. The alliance mainly seeks to step up and promote trade-related single window operations in Africa. Its membership is based on countries that have implemented single window in Africa.